By Domesticus in Backdoors

BackDoor.DaVinci.1 is a cross-platform Trojan that can infect computers running both Windows and Mac OS X operating systems. While, traditionally, Mac OS X computers are considered more secure to malware than Windows computers, this line of thinking is misleading. ESG malware analysts consider that using any operating system, including Linux variants, without anti-malware protection is dangerous and exposes your computer to severe infections, which can threaten your privacy and bank account. This is because of the rise of cross-platform third-party applications and platforms, such as Java and Flash, have made it easier for criminals to target a wider variety of computers and even mobile devices. BackDoor.DaVinci.1 is a dangerous Adobe Flash Player JAR file that poses a severe threat to all computers and mobile devices using Windows or Mac OS X operating systems.

How BackDoor.DaVinci.1 Attacks Your Computer 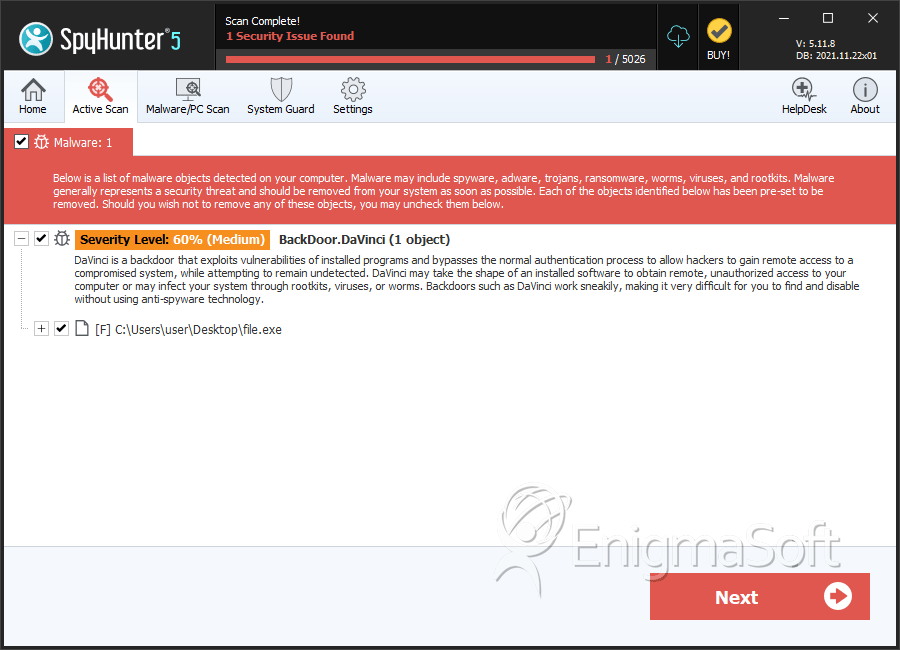 BackDoor.DaVinci.1 creates the following file(s):
Expand All | Collapse All

That is great removal tool!