Why You Shouldn't Pay the Ransomware Fee 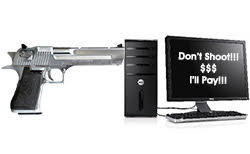 The latest malicious software craze is undeniably Ransomware. Ransomware threats had come onto the scene dating back several years when such malware threats would infect your computer and prevent you from utilizing certain functions of your system while the infection demanded payment to unlock your PC. Now, ransomware has evolved into a much more aggressive form that encrypts data and files stored on the hard drive of an infected computer and demands payment for a decryption key to ultimately restore your files back to their original state.

Ransomware has taken the computer world by storm, and the latest threats are relentless when it comes to encrypting files and asking for a payment upwards of $500 or more to decrypt your data.

Most times, when we think of ransom in the real world, we revert to the old connotation of someone being kidnapped and the perpetrator asking for money before they return the victim to you. Ransomware threats can be thought along the same lines. However, instead of holding a person hostage, Ransomware holds your computer hostage by preventing you from performing basic functions on it or surfing the Internet until you give into the cybercrook's demands.

Computer users faced with ransomware threats are in between a rock and a hard place. The computer user has a couple of choices, they can pay the ransom fee to the hackers or remove the ransomware infection from their computer, which doesn't fix or decrypt your affected files and data. The other option, which is a last resort for most, is to restore their entire hard drive from a backup copy. Unfortunately, the option of simply removing a ransomware threat from your system will not decrypt or restore your files back to the usable state, which will render your system nearly useless in most cases.

The big question arises in the situation of your computer being infected with ransomware: should you pay the fine to get your computer's encrypted files back and ultimately restore full operation and the ability to surf the Internet? Don't worry; you're not alone in asking this question.

Computer security experts from around the world have had differences of opinions on whether or not you should pay the ransom to hackers when your system is locked up and infected with the latest ransomware threat. However, the majority of experts have concluded on recommending to computer users that they DO NOT pay the fee for decryption of files to ransomware hackers.

As we said before, paying the fee to the hackers for the ransom will fuel the malicious efforts of cybercriminals giving them the ability to continue development of sophisticated malware threats that are easily delivered to your computer. Moreover, paying the ransom to the hackers is no 100% guarantee if you receive a decryption key to unlock your data. There have been many cases where computer users pay the ransom fee is never able to unlock their computer. There's always the likelihood of hackers turning back around to come after your data again asking for more money because they now know you will pay up at the drop of a hat.

Popular and recent encryption-type ransomware that you should not pay the file decryption fee:

To put things into perspective when it comes to safeguarding your computer's data, if you don't have a complete backup of your system, you're playing Russian roulette with your files stored on your hard drive. In addition to having a backup copy of your hard drive, you should utilize extreme caution when opening email attachments from sources you do not recognize as these phishing and spam messages are a primary source of infecting your system with ransomware. An antivirus or antimalware application will serve as an aide to detect and remove malicious files downloaded from email attachments. Additionally, your backup copy of your computer should never be connected to your system. Instead, use an external drive that you can disconnect to ensure it does not get infected with ransomware as well, and you end up losing all of your valuable data.