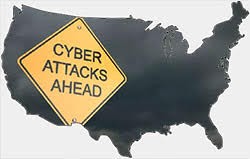 We all know by now, if we're at all tuned into the propaganda that the media waves have to expose, that cybersecurity is a huge focus when it comes time for the election cycle in the United States. As it turns out, not surprising to most, China, Russia and Iran rank to be the biggest cybersecurity threats against the U.S. according to a report by the U.S. Intelligence's National Counterintelligence and Security Center.

During a briefing on July 26, 2018, director of the National Counterintelligence and Security Center, William Evanina, said to reporters that, "Our economic security is our national security - We cannot just get numb to our adversaries stealing our intellectual property and trade secrets."

A 20-page report from the National Counterintelligence and Security Center concludes that three countries have conducted large-scale and sophisticated hacking attacks on many different U.S. industries. Among the industries, many manufacturing contractors, defense contractors, utilities, and networks of technology have all been affected in some form by the attacks.

The report out of U.S. Intelligence, apart from defining the three major perpetrators of conducting attacks on U.S. entities are China, Russia, and Iran, reveals that new sophisticated code is being written simultaneously while hackers infiltrate corporate networks. In a nutshell, concluded from the U.S. Intelligence report, the cybersecurity threat from foreign entities is very real despite what any media outlet leads the public on to believe.

Cyberattacks from China Spread Despite Stop-Agreement

China has been on the radar screen for U.S. agencies when it comes to cybersecurity for countless years. In 2015, China came to reach an agreement with the U.S. to stop conducting digital economic espionage. Despite the agreement, such actions continue to propagate – according to the counterintelligence report.

Russia, being on the forefront of U.S. headlines with a major political slant from various media outlets, has been such a threat to U.S. technology that it looms over the head of politicians but expands far beyond. Such instances of the attacks launching out of Russia point towards nearly a dozen U.S. energy companies in 2017 alone having their operational networks compromised.

In Iran, the cybersecurity attacks recently took a turn for the worst in 2017 with an uptick in such activity targeting U.S. networks. Iranian hackers are now actively leveraging software vulnerabilities to grant them access to insert malicious code in many U.S. networks. The cybercriminal activity in Iran has reached new levels at an interesting time when industries unrelated to oil look to expand.

As we inch closer to the understanding that U.S. networks are continually under attack from outside forces, counterintelligence is doing their part to warn officials that the cyberattacks will soon evolve with advancements that could reach a global scale. In fact, the counterintelligence report settles on the idea that the new forthcoming threats warrant additional attention as they look to potentially cause massive disruptions if they are left unchecked.