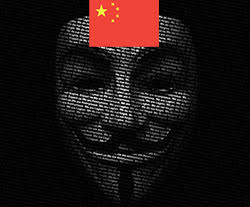 DDoS attacks, or distributed denial of service attacks, have been a popular method for hackers and cybercrooks to bring down websites. In the latest DDoS events, about 68 Philippine government sites came under attack from what is being claimed to be a Chinese government entity.

Over the past weekend, the defacement of several Philippine government sites took place, which follows a United Nations International Arbitration court's ruling, which is in favor of the Philippines on their West Philippine Sea territorial dispute. Tensions between the Philippines and China have been in disarray for some time, and the recent ruling doesn't make matters any better.

The specific targets of the DDoS attack include several high-profile sites that belong to the Department of National Defense, Department of Interior and Local Government, the Presidential Management Staff, the Department of Foreign Affairs, and many others within the Philippine government. The attack latest for a couple of days and along the way it was able to take down other smaller targets belonging to portals of local government units.

While the DDoS attack took place, many outfits of the Philippine government were unable to conduct normal functions and government affairs. To make matters worse, Filipino officials were not able to pinpoint the source of the attack even though entities in China were initially suspected.

The severity of the DDoS attack expands beyond bringing down Philippine government sites. In that, waging a war against each other isn't too farfetched as the DDoS attack, which is highly suspected to have been conducted by the Chinese government. As far as retaliation in the meantime, there are strong forces of the Anonymous and LulzSec hacker groups active in the Philippines, which may launch their own attacks against the Chinese government.

In today's age, it's no surprise to see governments waging a virtual war over the Internet where DDoS attacks are part of the strategy to bring attention to particular grievances. The conflicts within the regions of the Philippines and China are probably not going to be resolved anytime soon. Therefore, we could see an outright war that is waged over the Internet first using other DDoS attacks or potential hacking attacks that could eventually compromise data on either end. Most times, DDoS attacks end up with a restoration of web service and an increase in network security to help thwart such attacks.