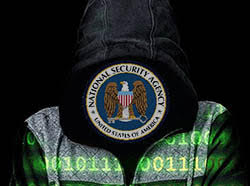 If you keep yourself up to date with the world of cybercrime and security, you would be familiar with the fellows in question. However, if you hear of The Shadow Brokers Group for the first time, let us introduce you to them and their work. The Shadow Brokers Group is a hacking group which has been speculated to originate from Russia, which they fiercely deny. They first emerged in August 2016. This was when they released their first leak in Twitter with the user account @theshadowbrokerss. Instructions on how to obtain the data they dumped were stored in both a Pastebin page and a GitHub directory. By following these instructions, users will supposedly get access to the decrypted version of the file that contains the tools & exploits that Equation Group produced. It's believed that the name The Shadow Brokers Group was inspired by a video game called Mass Effect where the character that goes by this name is the chief operator in an organization which deals sensitive information.

Enough for the organization itself, let's take a look at the leak in question. It would seem that The Shadow Brokers Group has managed to obtain a whole collection of NSA hacking tools. Once decrypted, the archive contains approximately 300MB of data spread across multiple files. Equation Group appears to use cryptic names for some of its exploits and scripts such as 'BUZZDIRECTION', 'BLATSTING', 'BANANAGLEE', 'BARGLEE3100', and others. Realizing the value of this information, the hacker group put it up for sale for the staggering 7 million dollars, of course, in BitCoins. They, however, failed to find a buyer, probably due to the astounding sum they wanted in return, and decided to release the tools and the instructions on how to obtain and use them, for free. The Shadow Brokers Group, knowing the huge attention this leak will receive, apparently decided to use the opportunity to raise their concerns about the 45th President of the United States – Donald Trump. Their stance, though, doesn't come from a liberal point of view, no, quite the opposite. From what we know about The Shadow Brokers Group they seem like are a rather conservative bunch of highly competent hackers.

Their political views and concerns are very clearly stated in a post on a social media platform called Medium. The overall tone is of great disappointment in Donald Trump's recent policies and decisions, with a dash of hope, that the US President will prove them wrong and get back on the 'right' track. It's not all general talk, though. They outline a few issues they have in particular – the appointment of a rather 'globalist' cabinet, the fact that Trump backtracked on his promise of completely removing Obama Care, the removal of the former executive chair of the far-right news publication Breitbart from the National Security Council, the 59 Tomahawk missiles fired on Syria in April 2017, and many more.

The Shadow Brokers Group has also included a list of servers that have been attacked by NSA hackers. After an investigation by WikiLeaks, they concluded that such attacks had been carried out on Russia, Japan, China, South East Asia and even EU states. The list also presents several new tools, like PITCHIMPAIR, which serve to penetrate servers. It mentions a tool called TOAST which purpose is to wipe the tracks of the NSA once they have infiltrated a server. WikiLeaks has stated that the tools released are, in fact, legitimate NSA software.

Even to users who aren't particularly tech-savvy, it's clear that releasing this information and these tools out in the wild is a dangerous game to play. Now, anyone who wants to gain access to top secret NSA hacking tools is free to do so, and let's be honest, not everyone who gets their hands on this is going to be well-intentioned. The fact that the NSA have allowed this sensitive data to be stolen is a scandal in itself.