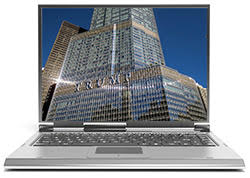 Undoubtedly, this year's election cycle is one for the history books in America as many presidential candidates are attempting to earn the trust of the USA to place them in the oval office. There is also no question as to Donald Trump, apart from being the current Republican front-runner, has sparked his fair share of controversy. Just as we expect, the Anonymous hacker group has a strong disagreement with Mr. Trump and has taken to the Internet to declare war on Donald Trump in their latest #OpTrump campaign.

The Anonymous hacker group has had a past of attacking online entities belonging to those who they have strong disagreements, even Donald Trump. In their latest animosity, Donald Trump has sparked a fire in Anonymous with many things he has said over the course of his several-month long presidential campaign.

Back in December of 2015, Anonymous waged an attack on Trump Towers websites for Mr. Trump's anti-Muslim views and now Anonymous has a discord with his recent verbal affinity that has had many criticize his opinions and stance on many policies in America.

Anonymous has taken to the internet once again to ramp up their efforts to attack Mr. Trump with a forthcoming April Fool's Day camping. In preparation of the attack, Anonymous hackers have publicized a list of websites that they want to wage DDoS attacks on, which include six of Donald Trump's websites and two created by third parties in support of his presidential campaign.

Currently, there is no word on how the attacks will be carried out other than them being DDoS attacks. What we know about DDoS attacks or Distributed Denial of Service attacks, is that they are designed to flood a web server with so much traffic that the site no longer loads due to the server failing to operate. DDoS attacks have been a common method for hacker groups to utilize to take down targeted sites, has have done so with much success.

DDoS attacks are known sometimes to be a hit or miss when a server protected by certain anti-DDoS metrics. Though, with hacker groups like Anonymous targeting several sites at once, their attack is sure to have some success eventually. If you remember, Anonymous was quite successful in taking many ISIS members offline through the demise of many of their websites and social media properties during a time that Anonymous waged a war on ISIS in their #OpISIS campaign.

In not knowing the fine details of Anonymous' announced attack on Donald Trump, which can be somewhat deciphered in their "warning" video below, we are not sure what to expect when April Fool's Day rolls around, and they start launching DDoS attacks on Trump-owned sites. It could fail miserably, or we could turn on the news and find out how several sites were "Trumped."