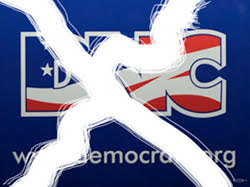 It's almost an understatement to say that the current U.S. election season is heating up and turning into a literal circus show. To add insult to injury, the election process has hit some stumbles as the Democratic National Committee is breached by Russian hackers, as revealed in a story reported by the Washington Post.

In a lengthy article published by the Washington Post, Russian hackers have penetrated and stole opposition research on GOP presidential candidate Donald Trump by hacking the computer network of the Democratic National Committee. The database of the DNC was accessed uncovering opposition research on Trump, including the committee's internal communications from chat and email applications.

The recent data breach on the DNC has been claimed to be one of many targeting American political organizations. Russian spies have been busy at work attempting to compromise GOP political action committees and others. Previous efforts to undermine the DNC network have failed, but the latest attack appears to have been successful.

In the past year, some hackers had access to the DNC network but were booted off in just the past week in a cleanup effort by the campaign. It's no surprise as the infiltration of the DNC network taking place recently, as during such a time of an election cycle there are many attempts made to uncover opposition data.

In 2008, both Barack Obama and John McCain's campaigns were hacked. Chinese hackers were the culprit of attacks for both Obama's reelection process and Mitt Romney's 2012 campaign. Fundamentally, the attacks are nothing new under the sun of dirty politics.

"The security of our system is critical to our operation and to the confidence of the campaigns and state parties we work with," said Rep. Debbie Wasserman Schultz (D-Fla.), the chairwoman of the DNC. "When we discovered the intrusion, we treated this like the serious incident it is and reached out to CrowdStrike immediately. Our team moved as quickly as possible to kick out the intruders and secure our network."

CrowdStrike's president, Shawn Henry, has stated that the foreign espionage operations are known for their efforts to seek out politic campaign information. For many obvious reasons, such information can cause a mighty stir in the overall politics during an election season.

The opposition research data obtained in a hacking case such as the one against the DNC could uncover a vast amount of information, some of it ranging from old press clips to footage of candidates potentially being stumped to obscure legal documents. While much of the data obtained during a breach may not be spilled to the public, some of it may be used at a later date for other malicious intent against the government as a whole.

When requested to respond to the DNC hack, the Clinton campaign did not immediately respond. Additionally, Trump's campaign spokeswoman, Hope Kicks, directed questions to the United States Secret Service.

It's obvious that the Russian hackers are playing their usual game of ‘house politics' and they are only pressing the wound of American politics harder until they can spill more blood. There have been warnings from officials like James Clapper, Director of National Intelligence, who warned last month that foreign hackers are likely to target U.S. presidential candidates. Unfortunately, the recent attacks are only the beginning as the long a dueling election process jumps off to a start in the United States to ultimately elect the new leader of the free world. Buckle up tight; this is going to be a bumpy ride.