Are You a Victim of Ransomware?

If you don’t learn how to protect against ransomware, you risk losing valuable data and money. Download SpyHunter’s FREE ransomware remover to scan, detect & remove ransomware, viruses & other malware. 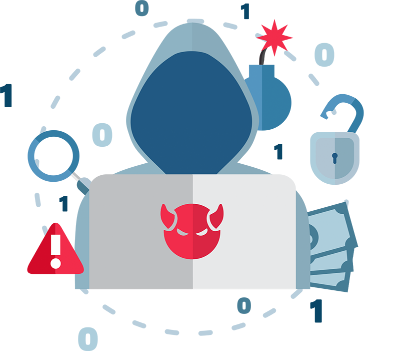 When we hear of ransom, we immediately think that a person is being held hostage until certain monetary demands are met. While such instances hold true in the real world, the same can be said about ransomware in the fast-moving world of computers and the Internet.

Ransomware, also known as scareware, is malicious software that restricts access to an infected computer while displaying a notification making demands for the computer user to pay a fee to restore access to the infected system. Recent ransomware, such as CryptoLocker and CryptoWall, are known to encrypt files, which locks up an infected computer making it virtually useless for performing basic functions or surfing the Internet.

Ransomware poses a serious threat since it can affect MS Windows, Mac OS X or Linux. The strength of the encryption can lock important files such as images, videos, audio, PDF files, MS Office files, and other types of files and apps. FBI's Internet Crime Complaint Center (IC3) claims that between April 2014 and June 2015, victims reported losses totaling over $18 million.

Ransomware will ask that a substantial fee is paid for the decryption of the files to restore them back to their original state. However, paying for the ransom does not guarantee that the computer user will regain access to the infected computer.

Most ransomware will make a false claim of online criminal activity or immoral acts detected by authorities. While the claims proved to be false, the threat is very real and could end up costing you a lot in the long run. The extortion price varies, ranging from USD$20 to more than USD$600, but may be much higher.

The technical challenges presented with ransomware are vast. Such malware infections put your system's resources at risk and could result in a total loss of your data if the threat is not addressed or removed.

How Does Ransomware Work?

How Do You Get Infected?


How Does Your Data Get Hijacked?

How to Protect Yourself?

Run SpyHunter to Check for Ransomware & Other Malware