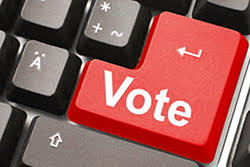 With several elections taking place in the weeks and months to come, including the U.S. presidential election, there has been a close eye on the security of voting systems around the USA. Unfortunately, the FBI has already found evidence of foreign hackers penetrating two state election databases in the past weeks forcing the FBI to issue an alert.

Election officials have been warned of a breach by the FBI as reported on Yahoo news on how hackers were able to penetrate two state election systems. The attack comes amid the previous concerns among U.S. officials about potential cyberattacks by Russian state-sponsored hackers.

Already, the Democratic National Committee has come under attack by Russian hackers prompting the Department of Homeland Security to make provisions in beefing up security. The DNC hack raised several eyebrows and stirred a mass-media hysteria surrounding the security of the election process this year.

The broader concern for cyberattacks within the voting systems remains to be the big election coming in November for the next President of the United States. Enhancing the security of the computer systems surrounding state elections is paramount as it could be the determining factor for election databases having trusted results or having their databases infiltrated or manipulated in some form, which will carry an unfathomable backlash during the election cycle.

There are several areas where hackers could create disruptions within the state election systems apart from the traditional ballot system on a local level. Those vulnerabilities lie within voting by the internet for military absentee voting or other officials voting overseas.

The Obama administration is taking the threat of cyber intrusions within election systems very seriously. Federal protection entities are being motivated to help provide additional security for state election systems. However, hackers appear to have an upper hand in their covert operations that are hosted from eight IP addresses that the FBI has detected so far. Among those operative forces, the perpetrators' IP addresses appear to be based out of Russia, Bulgaria, and the Netherlands.

Currently, the FBI has not responded to any detail questions about their issued alert for foreign hackers attacking state election systems. Though, FBI agents have confirmed that the perpetrators root out of the areas where their IP addresses originate. The FBI is also looking into a possible link to the highly publicized DNC attack by Russian government hackers but urges that there have not been any definitive conclusions.

Many steps can be taken to enhance security within state election systems, provided those who maintain voter databases adhere to the FBI's warning. There are some safety nets where many voter systems are backed up with a paper trail and paper ballots.

The hackers conducting the attacks can find an SQL injection vulnerability to exploit and steal voter data, which is believed to be the same process used in the recent DNC attack.

So far, there is no evidence in recent primary voting or voter registration system databases of an infiltration by hackers. Nevertheless, the fear and threat are very real that could carry far into this year's U.S. presidential election.