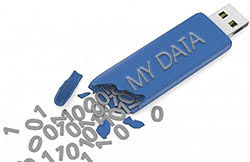 We are no strangers to the surmounting data breaches that occur on a daily basis. There have been breaches that compromised data within U.S. government agencies and there have been ones that relinquished credit card data belonging to thousands of victimized online banking consumers.

Possibly due to the up-rise of data breach situations around the world, agencies like Gemalto have been appointed to examine and report exactly how many data breaches are occurring in our world of perpetual calamity.

Through Gemalto's primary tasks of providing digital security products, they estimate through their own extensive research that 888 data breaches have taken place around the world exposing nearly 246 million records. While that number appears to be rather enormous, Gemalto observed only a 10 percent increase of data breach incidents from 2014 contrasted by the same time this year. Even though the initial increase is small, the amount of exposed information has increased by a staggering 41%.

What the substantial increase in exposed data rates within recent data breach incidents means is that the efficiency of cybercrooks and hackers collecting data from breaches is preventing loss of the data and gaining the ability to spread it so it may be effectively used.

According to Gemalto, the top 10% of their examined 888 data breaches accounts for the majority of lost data, an astonishing 82%. Among those top 10 data breach incidents we have ones where health insurance providers were attacked accounting for over 78 million records being exposed in an Anthem Insurance data heist. From there we have cases where Turkish General Directorate of Population and Citizenship Affairs lost 50 million records. Bringing things back to our home front here in the United States, we have seen where hackers infiltrated the US Office of Personnel Management had 21 million records lost.

80 percent of the 888 data breach incidents accounted for took place in North America while others were spread throughout the world other countries. 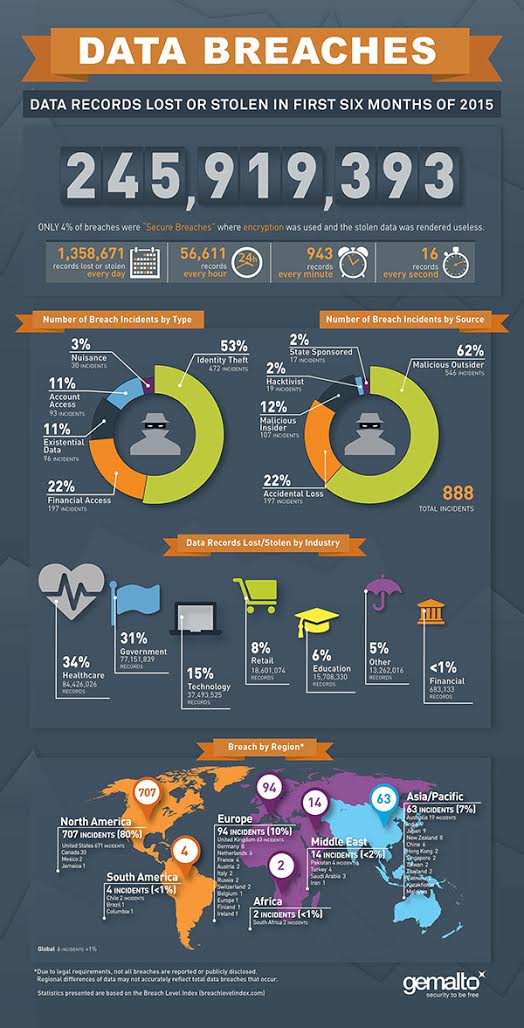