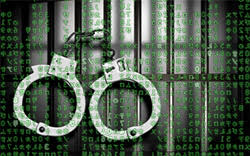 European law enforcement authorities concluded their joint operation that targeted members belonging to a group that was suspected to distribute and utilize Zeus and SpyEye malware threats to initiate high-level criminal activity. Among the activity, it was found that nearly 60 individuals were part of a scheme that forensic experts were on the trail of since 2013. During this time, the accomplices handled the malware threats to steal money and launder it through hired money-mule networks.

The investigation dating back to 2013 was comprised of a vast amount of information and data collected over the years to ultimately narrow down the targets. Europol and other agencies shared information that was made up of thousands of files and intelligence information that assisted law enforcement with tracking the cybercrooks responsible for their dirty money-grubbing efforts.

It has been estimated that the cybercrooks captured in this case, made off with at least $2.2 million as a starting point. With nearly 60 individuals involved, the money figure is expected to be much higher.

Authorities were able to raid a total of eight houses in four different cities to seize computer equipment and electronic devices during the apprehension of five initial culprits believed to play a critical role in marketing the threats.

As we know all-to-well, Zeus has been on our radar screen for many years as one of the most prevalent malware threats used for attacking and compromising online banking accounts. Through its active years, dating back to 2007 and later becoming widespread in 2009, Zeus was known as one of the largest botnets responsible for infecting millions of computers around the world and causing massive destruction along the way. SpyEye, on the other hand, dates back to only a couple years but has functionality similar to that of Zeus. SpyEye was operating in conjunction with Zeus and its mastermind creator, Hamza Bendalladj, who was arrested and brought up on charges for using such malware in 2013.

With nearly 60 cybercrooks taken down by law enforcement who were all pegged as having some hand in using Zeus and SpyEye malware to steal money and hack into online banking accounts, we can all celebrate a temporary victory. Moreover, the outlook on future online banking attacks may be a bit better than we expected. Still, we all must remain vigilant and know that there are countless other cybercrook groups who wage their war to use aggressive malware threats for the purpose of monetary gain.