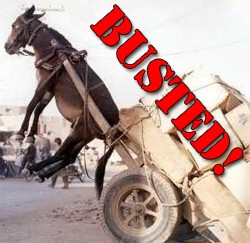 A group of 37 individuals, part of a enormous international cybercrime operation stealing millions of dollars from domestic bank accounts in the U.S., were recently busted for using the Zeus Trojan in their 'money mule' operation.

Due to technology and the Internet, cybercrime has taken a new face over the past few years were it allows banking thieves to hide behind a computer screen. Gone are the days of physically holding up a bank in order to steal money. Thieves have gone high-tech in the way that they can use sophisticated malware to do their dirty work such as in the case of using the banking Trojan called Zeus.

Zeus Trojan (Zbot) is known as one of the most sophisticated computer parasites, or botnets, that primarily targets financial institutions while bypassing most anti-virus programs (malware detection tools). The group of people charged for the crime of using Zeus to infiltrate banking accounts and steal money, were part of a major money mule scam. Money mules are nothing more than a group of work-at-home individuals who assist in money laundering activities through various assigned tasks. The persons charged with the crime in the U.S. were all found to be from Russia and Eastern European countries. Some members of the group may later be found to be actual money mules or persons who recruited them to carry out money stealing tasks.

U.S. Authorities who made the discovery of the money mule operation believe that the group may be part of a bigger organization overseas that also uses Zeus to steal money from banking accounts. The money mules' tasks were to quickly withdraw funds from banking accounts and then send it to the perpetrators only after retrieving about 10% of the money for themselves. They were more than likely instructed to keep 10% for themselves by the 'masterminds' of the operation just so things ran smoothly.

One of the busted money mule individuals, 22-year old IIya Karasev, is a Russian who was charged with conspiracy to commit bank fraud. Reportedly, just the 'conspiracy-to-commit-fraud' by itself will end up sentencing the thief to a maximum of 30 years in prison. Authorities discovered that Karasev allegedly started his thieving tasks in April of this year opening a fraudulent bank account and using aliases and fake passports to protect his real identity. Karasev would transfer funds to specific accounts only to withdraw it from an ATM the instant that the money hit the account. In other cases, Karasev used a debit card to make purchases against the fraudulent accounts. In this case, and in the other perpetrators situation, the Zeus Trojan was used to help hack into the accounts. According to court documents, the cybercrooks also worked closely with computer hackers to obtain fake passports, which have been known to be available through scam websites for a certain price.

Zeus, one of the major culprits in these cybercrimes, continues to be a serious nuisance which has ranked number 1 on our top 10 list of botnet threats in the U.S. Zeus shows no signs of slowing down and neither are international cybercrime operations which are becoming more sophisticated and larger in scale.

Cybercrime threatens U.S. national security (which can lead to cyberterrorism) and has significant economic impact; therefore, the indictment of IIya Karasev and other money mules is one step forward to countering cybercrime and dealing with cybersecurity.