How Today's Malware is Different From Yesterday's 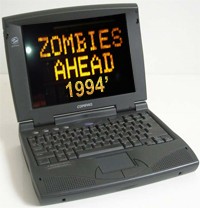 Did you know that computer malware has been around since the early 1970's? It was not until 1986 that the first personal computer virus was created but, not for malicious purposes, to deter thieves from stealing or pirating a particular software application. In the year 2000, it was estimated that there were over 50,000 computer viruses and in the year 2008 Symantec claimed the number was over one million.

Supposedly in life everything happens for a reason according to some scholars. This can also be said about computer malware. Malware is a loosely based term to describe all different types of computer parasites such as viruses, trojans and even keyloggers. Every malicious computer parasite is created to perform some type of task or action whether it is to keep a software application from being pirated, as it did in the late 1980’s, or to cause harm to a person's computer in an effort to extort money from the computer user as it does today.

Just 15 years ago, most malware was created by young men looking to brag about their accomplishment in hacking into systems. Remember the 1995 movie 'Hackers'? Most of this malware made its existence aware only through some type of displayed message. Even though the malware proved to be very annoying, it was otherwise potentially harmless. Today, it is much different. Modern computer malware, for the most part, is written (created) by criminals to trick computer users into executing harmful programs. Many of today's malware is spread through the use of a Trojan horse. Trojans are pieces of software that appears to perform a desirable function but instead tricks computer users into allowing access or initiating another form of malware that later causes damage. Think of a computer Trojan in terms of the historical 'Trojan horse' story in Greek mythology such as found in the 2004 movie 'Troy'.

Today's malware has also taken on a much more sophisticated face by using other avenues to spread or execute. Malicious code can be hidden inside of banner ads on a website. We have reported other instances of this tactic being used through legitimate ad networks in the past. JavaScript is usually used in this case when the user clicks on a malicious ad or popup message, their browser is automatically redirected to an unwanted website. Many times these unwanted websites are phishing sites which are designed to unknowingly steal personal information from computer users.

Fifteen years ago, creating malware or a virus was more-or-less a hobby. At that time, malware was hardly ever created with the intent to make money. It was more of a prank or a way of proving that you knew your way around a computer better than everyone else. Professional cybercrooks make it a full-time business to create malicious programs today. Many of these programs are known as rogue security applications or rogue anti-spyware/rogue anti-virus programs. Just in the past few years, cybercriminals have figured out that these fake programs are more successful at tricking victims when they have an common or well-known appearance. Case in point, these fake programs, such as Antivir Solution Pro and Antimalware Doctor, pretend to come from a trusted source or known security vendor.

There are several other methods today's hackers use for spreading malware such as spam emails and social networks. As time goes by, it is a never-ending battle to overcome malware as hackers get more creative and utilize today's modern tools to their benefit. The internet can be a good thing and at the same time be a bad thing when it comes to today's malware.

Do you suspect that malware will ever die down in the future? Will our efforts and those of other security vendors prevail or will the malware creators prove to be victorious in the next 10 years, 20 years or 30 years?