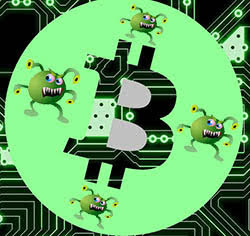 Among the most dangerous types of malware, ransomware continues to be the master of destruction on computers worldwide. With the quickly growing family of ransomware, the threat known as Thanatos Ransomware that has broke out of the expected mold of just encrypting files to demand a traditional Bitcoin or Ethereum cryptocurrency ransom fee claiming to provide a decryption key to restore files. Thanatos has been taken to a new height by hackers to be the first to accept Bitcoin Cash as a payment option but fails to release its initially promised decryption code for restoring its encrypted files.

Hailed as the first infection of its kind to accept Bitcoin Cash for payment of a demanded ransom, Thanatos is actively being leveraged by hackers who look to launder money through the popularized world of cryptocurrency. Thanatos ransomware, a menacing type of malware that leaves victimized users limited resources to restore a computer, is among the latest threat to lock down infected computers leaving victimized computer users with few options to remedy the issues at hand.

Thanatos is part of the inevitable evolution of ransomware, which has moved closer than ever to take advantage of the cryptocurrency fame. Thanatos ransomware is like a Homing Pigeon, it actually heads back to communicate with a URL where it keeps track of the amount of victims infected. Moreover, Thanatos is actively being leveraged by hackers who look to launder money through the popularized world of cryptocurrency.

In knowing how cryptojacking, or the act of taking over a computer through specialized malware to mine cryptocurrency using the infected computer's resources, is spreading at a rapid rate, it's no wonder that hackers are aggressively peddling threats like Thanatos. By infecting computers with threats like Thanatos, cybercrooks could easily pad their cryptocurrency accounts with additional funds so they may ramp up their efforts in the quest to compromise computers through the act of cryptojacking, which in turn makes infected computers mine cryptocurrencies for them.

Research from Google, Chainanalysis, NYU Tandon School of Engineering, and the UC San Diego, reported in July 2017 that ransomware extortionists netted $25 million over a 24-month period cashing in on earned Bitcoins. Additional Google and and university researchers also concluded that a single ransomware threat in 2017, Locky Ransomware, was responsible for collecting $7 million alone from its victims.

Greek Mythology describes Thanatos as the son of Nyx (Night) and Erebos (Darkness) and twinned with Hypnos (Sleep). Thanatos in its new modern-day digital form is a culmination of all the DNA of the past myths and now it is very much an unfortunate reality in the world of cyber extortion. In the ancient Greek era, god and heroes would be very proud of such a new incarnation, one that looks to virtually conquer the pillars of today's computer security to embattle the meek.

The new family of ransomware surrounding Thanatos makes data recovery virtually impossible due to the way it encrypts files but does not save them. It uses a unique key for each of the files it infects, fundamentally leaving victims of the threat without many options. The demand is $200 for each file, but users are not guaranteed recovery as the cybercrooks get their victims to pay the ransom with little or no chance of getting their valuable files back.

With the ever-increasing demand of a device-dependent society, we remain to be mostly reliant on our computers and mobile devices to store all our converged data from multiple sources, such as our contacts, emails, pictures, documents & personal correspondence. There is a bounty of information contained in these files for enterprising cybercriminals who are enabled to steal our data and get deep into our personal lives only to wreak havoc and profit from their ill-gotten gains.

What Malicious Cyber Attacks are We in Store for 2018?

We often look at new and emerging trends and the way people are continuously adapting to technology. Everyday, devices are getting more sophisticated as our culture moves rapidly towards the IoT (Internet of Things).

In a perfect technological utopia smart devices would rule the world for us without requiring much physical action or interaction from humans. Essentially, we would summon our information from the proper device or devices. For example, we store data on our mobile phone, smart watches, and even our refrigerators are smart enough to send us a shopping list because we just ran out of peanut butter and jelly. Bottom line, all of our personal and confidential data ends up being shared among devices and somewhere along the line hackers are able to intercept our data and leverage it against us.

There will be literally billions of devices collecting our information, all susceptible to being hacked on many different levels. Cryptomining malware and ransomware threats are sought to be a booming business, and unscrupulous hackers are always looking for weaknesses in our personal efforts to protect ourselves and our precious data.

As always, keep your anti-malware and anti-virus software current, and always backup your data no matter how secure you may "feel" in your efforts to keep your personal data private.

By Wulan in Computer Security
Translate To:
English
English Português