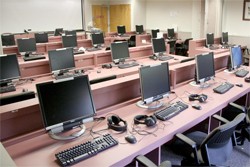 A new study conducted of a University's students, faculty and staff revealed that people between the ages 18 and 25 are consistently more vulnerable to phishing attacks than those who are older.

A recent study that involved sending a group composed of 515 Carnegie Mellon University students, staff and faculty fake phishing emails over a period of 28 days revealed that the younger participants were more susceptible of falling for the emails. The indication of the findings showed that mostly those aged 18 to 25 had fallen for the phishing scams.

According to SecurityProNews, all age groups in this study were vulnerable to the spear of phishing attacks initiated by Wombat Security Technologies as a test. The security company has used this study in their PhishGuru service which is an anti-phishing tool that allows companies to train users through sending them fake spear phishing emails.

What do these results mean and how do we fix the issue?

This data can be used to target younger computer users for the development of methods and new ways to train them on what to look out for. Because it has been discovered that younger computer users may be more apt to fall for phishing attacks, it can be said that a proper training or education can greatly reduce the risk for many young people. To support that theory, CEO and founder of Wombat Security Technologies Norman Sadeh said that, "This approach can be used to introduce users to new threats and train those who are most susceptible to phishing attacks."

Phishing is just one aspect of growing security related issues over the internet. Now days computer users have to not only fear Phishing attacks but malware, spyware and other harmful parasites that come from several sources online including social networks, malicious sites and dangerous downloads. People of all ages are being attacked from all angles. In this recent study, it can also be said that younger computer users may be more susceptible to other phishing attacks such as those on social networks.

It may be safe to advise all age groups to be aware of online phishing attacks as well as other vulnerabilities. The best way to protect yourself would be to take proactive measures such as updating or installing a good antivirus or antispyware application.

Have you fallen into an online phishing trap lately? If so, what age group do you fall under?