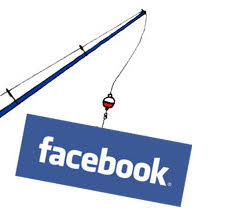 No Slowdown in sight for Social Media Phishing

Phishing has long been a credible threat to unsuspecting computer users in that the act involves presenting a user with a bogus login page that mimics a legitimate login site where cyber thieves compromised one's login credentials. When it comes to social media phishing, the use of fabricated Facebook, Twitter, and many other known social network's login pages are presented to a computer user to steal their login.

In Proofpoint's Quarterly Threat Summary report, researchers witnessed a 20% increase in spam for Facebook and Twitter in 2016 from quarter to quarter. Twitter has seen a 25% increase in their private messages usage from their support account to address issues that users inquire through direct message (DM). Unfortunately, DMs can be a tricky situation where hackers may use hacked accounts to send DMs to users in an effort to steal their login data, which is considered one of the many forms of phishing.

Ransomware has had its fair share of inroads with computer users where the threats encrypt files on a system only to hold the infected PC for a substantial ransom. Threats like Locky Ransomware were major players in having massive spam campaigns that grouped payloads that ultimately added to the amount of social media phishing attacks in 2016. The use of spam containing attachments with malicious JavaScript files or zipped archives storing aggressive malware were some of the main culprits in the aggression of social media phishing attacks.

There is no doubt that we face some serious backlash in our everyday use of social media to one extent. Hackers know this very well and are actively capitalizing on new creative ways to carry out their malicious intentions, and they are lurking on the social media giants known as Facebook, Instagram, Twitter, and others. It's best that we use caution at all times.