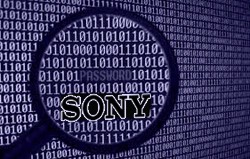 When Russian hackers compromised data from Sony in a targeted attack in November of 2014, it was evident that they were clever enough in their methods to infiltrate giant corporations' through several employees. With such a leak in information at Sony, during the time and controversy spiraling out of control over the release of the movie "The Interview," the hackers didn't get the attention that they probably thought they deserved. Now, it turns out that the same Russian hackers have retained the ability to steal information from the Sony network.

It is one thing to learn from your mistakes and make the appropriate corrective actions so the same mistake won't be made again. On the other hand, it is probably a very bad idea to continue life doing the same thing that you know will yield the same negative outcome. We are not to say Sony is at fault for hackers still retaining access to their system. Basically, it seems the clever Russian hackers, one identified as Yama Tough and known by the FBI, managed to contact an individual in the Sony attack who provided him with files that were not to be included in the data leaks by sources with access to the Sony document dumps during the attack.

At the time of the November 2014 attack on Sony Pictures Entertainment (SPE) at their offices in Culver City, CA, a message from a group claiming to be Guardians of Peace (GoP) was displayed on computer screens at the Sony office. The message demanded money in exchange for keeping the stolen information private. Later after the initial attack, all information on available data storage units connected to the infiltrated computers was wiped clean.

As we knew months ago, the attack on Sony was successful due to an effective spear-phishing method that targeted Sony employees mostly in Asia and Russia. The malware utilized at the time was a remote access Trojan or Remote Access Tool (RAT). Such a malware threat is usually void of a signature and embedded within a PDF file evading any detection by antivirus software. The threat could execute and open up a backdoor on the compromised system, which it did in several cases of the hackers contacting Sony employees.

Information is now being made light of by security firms that Sony may very well be still vulnerable to attacks, as hackers may still have the ability to disperse information already gathered. Sony already took measures to harden security after the incident. However, researchers believe that hackers may not have full access to the network, but they still could access certain computers or email accounts of a select number of Sony employees.

The perpetual bread crumbs that hackers usually leave behind on attacks like these have lead the FBI to believe that the attack initiated by the North Korean Government, which as you know, expressed their disapproval for SPE's release of the movie "The Interview." Still, to this date, specific details of the attack are still left unanswered as to the definitive identity of the hackers. What we do know, is another attack on Sony is feasible and could be in the works as we speak.