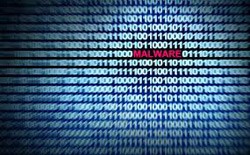 The coveted underground network of cybercrooks and hackers who are always on the outlook for new tools to exploit their targets have something to rejoice about as prices for malware-as-a-service market sees an increase while prices for these resources decline.

Just like us law-abiding citizens enjoy the freedom of seeking software for our computers from trusted vendors, hackers on the other side of the law have their own market of malware-as-a-service tools. These hacker tools are commonly referred to as botnets or exploitation kits. Trends analyzed recently by security firms like Webroot have seen a maturing business in the malware-as-a-service market where virtually anyone can buy or rent the necessary tools required to build, distribute malware designed to steal banking, credit card and other personal information from compromised computers.

"You don't have to be part of a hacking collective to be an effective hacker and someone who is effective at monetizing his efforts in this alluring way," said Grayson Milbourne, security intelligence director for Webroot. "It is rather easy and people are making a lot of money, so we expect [tools] to become more available and less expensive."

The competition among suppliers, surprisingly, has been a booming business for hackers or those who seek to obtain the needed tools to attack compromised systems. Botnets have been a growing threat for many years, but this is the first time that we have seen botnet-creation or access resources so easily attainable on a monetary spectrum. The prices of these tools have been failing rapidly where a person can buy a U.S. botnet, comprised of 1,000 compromised computers, for as little as $120. The price of such a tool used to $200 or more. That means right now someone literally off of the street can obtain a botnet controlling 10,000 compromised computers for just $1,000.

U.S.-based botnets tend to go for a high price than a tool providing access to a group of compromised systems in other countries due to U.S. victims having more money in bank accounts, higher spending limits and higher credit limits on credit cards. Basically, a 1,000-computer botnet will only cost $50 in European areas while the same would be nearly $120 for a U.S.-based botnet.

Just as any business thrives on simple supply and demand classifications, the demand of malware-as-a-service rising will naturally spark suppliers to meet or exceed the demand. Recently, suppliers have done just that, which has lowered the price for malware-creation tools.

Not only has the malware-as-a-service market received a fresh injection of malware-creation tools, but the injection comes with a new-found bonus. This bonus is where some services are converting malware-infected computers to anonymize proxies to give the hacker abilities to cover their tracks on the Internet. Sounds like a good time to capitalize if you are a hacker on a budget doesn't it?

Some of the malware-as-a-service providers are being outlandish with their efforts by advertising services as ProxyBuy providing access to thousands of hosts converted to SOCKS services. These SOCKS (SOCKet Secure) servers, act as an Internet protocol to route Internet pockets through a proxy server. Basically, this method virtually hides the activities of a hacker on a limited basis. In utilizing this method, hackers will need to obtain several SOCKS servers sometimes chaining several together to ultimately cover their tracks. Such a task is an easy feat considering a group of 1,500 SOCKS servers are going for a street price of about $30 right now.

In the past when malware-as-a-service was just leaving the launch pad in 2006, the services were used aggressively. Since then, more prevalent than ever in 2012 and 2013, the services are used for denial-of-service attacks, online banking theft, harvesting emails and spamming.

With hacker tools at a ridiculously low price point currently, we will not be surprised to see a major up-rise in malware attacks throughout this year, possibly surpassing the numbers from previous years.