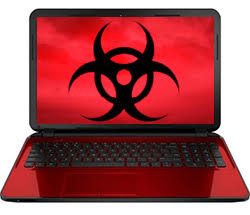 Ransomware in the US made up a bigger chunk of such threats in April than any other month on record. That's according to data released today by ESG, makers of the anti-malware program SpyHunter.

The experts at ESG looked at more than 65 million malware infections detected by its software in the US since April 2013. They found that ransomware in April 2016 more than doubled the total from March 2016. Additionally, ransomware made up a larger percentage of overall infections in April than in any other month in the last three years.

Generally, ransomware infections threaten computer users with the destruction of data through encryption if they don't pay a ransom to the crooks who created the infections. Several high profile cases of ransomware have made national and international headlines in the last few weeks as infections have hit hospitals, school districts, and other governmental offices.

"It's not just businesses that are being hit by ransomware," said ESG spokesperson Ryan Gerding. "Every day thousands and thousands of people turn on their personal computers only to find their most precious photos and other files have been locked up by bad guys."

ESG reports that after staying steady for the last six months of 2015, the number of ransomware detected by SpyHunter began to climb steeply in 2016. February saw a 19.37% increase over January. March had a 9.46% increase over February. Now, April infections have more than doubled those in March with an astonishing spike of 158.87%, the third biggest month-to-month spike on record. To add insult to injury, the percentage of overall infections that were ransomware is the highest by far of any other month in the last three years.

"Cyber criminals tend to go with what works, and in this case the threat of losing valuable photos and other documents forever is enough to make some people pay the ransom," Gerding says. "The more people give in to the demands, the more encouraged the ransomware makers become."

I have noticed several times a browser windows flash the following in the address line, is this possibly how they do the encryption?