Malware Drops Dramatically in First Half of 2016, But the Dangers of Malware are Still Very Real 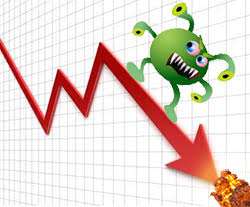 Tampa, St. Louis, and Orlando are on of top the list of the "most infected" cities for the first half of 2016.

Malware infections in the United States have dropped 47.3% in the first six months of 2016, according to ESG research team, but ESG warns that computer users should not be lulled into complacency. ESG also released a list of the cities with the highest malware infection rates in the first half of 2016. Tampa, St. Louis, and Orlando topped the list as the nation's "most malware-infected cities".

"We believe there are a number of factors that are causing a drop in overall infections detected by SpyHunter," said ESG spokesperson Ryan Gerding. "First, people are relying more than ever on their mobile devices to do a growing number of Internet tasks. PCs are still incredibly important, but as more work is done in mobile devices, that reduces time spent on PCs, which reduces infections, but it can lead to mobile infection rates to rise. Second, we believe consumers have become more aware of some of the common mistakes that lead to the more common infections such as: adware, potentially unwanted programs, and toolbars. Each of these types of infections are commonly bundled into other software when computer users download software. We think a growing number of people have become more aware of this practice and are more wary of accidentally installing unwanted software. Third, major browsers (Firefox, Chrome, etc.) and popular apps are releasing security updates regularly to patch vulnerabilities and prevent the installation of malware."

Despite the good news surrounding the drop in overall malware infections, there is still some disconcerting news about the popularity of ransomware. Ransomware is a malicious software that will encrypt and lock up valuable files on a person's computer — files like photos, videos and Word documents — and holds them hostage until a ransom is paid. Ransomware has gotten a lot of attention in recent months as some major businesses have been hit, some of which were forced to pay the ransom to get their valuable data back.

"Ransomware infections make up a tiny fraction of all infections," Gerding said. "Our concern is that, while small, their overall share of the infection pie is growing. In fact, if you looked at the percentage of infections made up by ransomware in 2016, you would see a 119% spike from 2015. To us, this means malware makers may be shifting their attention to less common, but much more costly infections like ransomware."

Even reports of a tapering of ransomware infections in the last couple of months may only be a temporary reprieve. While it's true that the raw number of infections in May and June did drop from April's high, ESG believes this may be in part because of a string of arrests of ransomware makers in Russia earlier this Spring. A brief hiccup in ransomware distribution worldwide is likely to be just that... brief.

"We saw something similar happen in 2011 when authorities cracked down on Russian malware makers and the payment processing systems they used to collect their money," Gerding said. "There was a temporary drop in the nastiest of infections, but then they went back up as other crooks stepped in and found other ways to distribute their malware and collect money. As long as it's lucrative, the crooks will find a way. That's why it's always important for consumers to remain vigilant."

Most Malware-Infected Cities of 2016

Note: Percentages are higher than the national average.

By CagedTech in Computer Security
Translate To: Português