Malware Creators Improve Their Attacks and Operate Malware as a Business 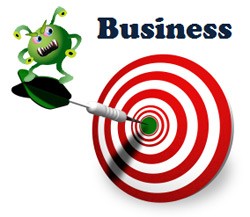 Specific predictions made on the outlook of malware for this year have recently struck a great interest among businesses due to a close look at mass market and targeted attacks by Blue Coat Systems security firm.

Businesses have recently taken heed to the many warnings and outlooks for what malware has to bring in this year. With the new year well into the first month, businesses have started to develop strategies and plans based on the malware predictions made by experts.

Among the predictions for malware, mass market attacks providing cover for targeted attacks has stuck out like a sore thumb in Blue Coat's recent analysis. The security vendor expects malware creators to adopt improved methods and covert operations to trick Internet users.

Some of the creative ways in which mass market attacks masking underlying targeted attacks is through malnets, or malware networks. These networks, through funds collected during their activities, could aid in the fine-tuning of future sophisticated attacks. Jonathan Andresen, Blue Coat Systems Asia-Pacific product marketing director says "They can also invest in more believable web sites facades and more comprehensive exploit kits that will make their attacks more believable, increasing the likelihood of their success."

Typically, there is never any ideal malware attack situation that one is fully prepared for. The only intervention that can be done is to be as proactive as you can. To increase the likelihood of malware attacks to be more successful, mass scale or targeted, requires a bit of thinking outside of the box. That, in itself, is just what malware creators and peddlers have done when making the move to mobile malware.

Mobile malware has been on the back burner for many businesses and even those who utilize smart phones. One prediction made on a broader scale year after year, is the threat of mobile malware and how it is expected to influence high value targets during 2013.

Mobile infrastructure is embedded deep within businesses around the world. By allowing employees to access corporate networks from personal mobile devices will only open up a bigger can of worms in the long run. For now, most of the limelight mobile malware attacks have been characterized by 'mischiefware', which is limited to SMS text messages or in-app purchased within rogue mobile apps. In essence, these attacks only operate within the perimeter of an app without breaking any of the phones security barriers.

What it all comes down to is that malware exploits are inevitable. It is going to happen, it is just a matter of how severe the attacks are and if mobile malware is that one thing that puts the mass scale and targeted malware predictions for 2013 into overdrive.