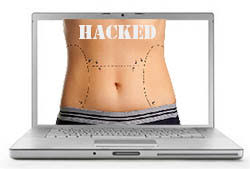 Stooping low appears the be the forte of today's hackers as they continually seek methods to blackmail people, attack computers around the world, and leverage new ransomware all to extort money from their victims ultimately.

Over the past few months, according to a report from ABC news, hackers have taken the road to fame in an attempt to blackmail thousands of victims who had been a client of a high-profile European plastic surgery clinic. The hackers attacked the clinic's records through a breach of servers that contained over 25,000 private photographs and personal information of previous clients and later demanded each victim to fork over $2,200 to stop the spread of the material.

The stolen data consisted of several nude photos of clients, which includes many celebrities, before and after surgery. The hackers threatened to make the images public and demanded thousands of dollars to stop them from literally exposing people who used the plastic surgery clinic.

The blackmail expanded beyond the victims in the matter where the hackers took it upon themselves to demand more than a half a million dollars from the clinic itself. As far as the clinic, they have refused to pay up the ransom, which is being treated as an extortion crime by law enforcement.

Authorities are working with private advisers in the IT field along with police agencies around Europe to track down the perpetrators. Unfortunately, the quest to hunt them down has proven to be unsuccessful thus far. The hackers continue to send text messages to victims of the plastic surgery clinic image and data heist demanding payment from them to prevent their nude pre and post-op images from being publically published.

Much like how recent ransomware attacks have undermined victims and their data stored on an infected computer or server, the plastic surgery scheme is nearly just as vicious. We don't have to go back that far to realize the extreme dangers that hackers present through the use of clever malware, such as the recent WannaCry Ransomware attack that locked down hundreds of thousands of computers around the world only to demand a ransom.

The cases of hackers initiating blackmail situations appear to be a growing issue that has propagated to all ends of the world. Apparently, no one is immune in facing the wrath of hackers who are hell-bent on extorting money from victimized computer users through the use of aggressive blackmail and ransom techniques.