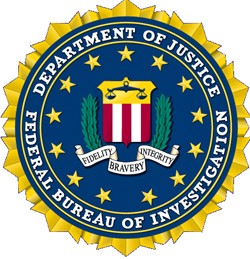 A new a disturbing crime dubbed 'Sextortionist', is a practice that involves a Webcam Trojan used by hackers to surreptitiously take pictures and search the infected PC for explicit photos. Through this method, a hacker would obtain control of the PC spreading the infection to friends of the infected PC's owner from a message containing a Trojan.

The FBI has found out that cybercriminals are mainly targeting teenage girls in a new 'Sextortionist' attack. During the attack, hackers are able to spread a Webcam Trojan onto many computers through an e-mail that contains a Trojan attachment. The email has been discovered by the FBI (Federal Bureau of Investigation) to be presented as a 'scary video' enticing computer users to open it and download the attachment. The FBI has also discovered that the hackers will use social networks to help spread the Trojan.

There was just recently a case where authorities uncovered stolen x-rated pictures posted by a hacker on Facebook. Now it seems we are faced with hackers using aggressive tactics to extort explicit images from people's computers while secretly using their web cam to take photos of them without their knowledge. Could this be a start to an epidemic of hackers obtaining explicit images to blackmail and extort young female computer users?

The FBI has said that the Sextortionist hackers will basically take control of a victim's computer, usually belonging to a young female, and secretly enable her webcam and microphone to spy on her until there is an optimal time to take an explicit photo or video. To further complicate things, the FBI has added that these hackers will threaten to expose her secrets unless his/her demands are met.

The case of Sextortionist is slightly different from other computer intrusions using sophisticated malware. Hackers have been using spyware for years to steal financial information and identities but now it seems they are using such software for the extortion of sexually explicit images which is where the term 'Sextortionist' comes from.

The investigators from the FBI that discovered the Sextortionist case are surprised how easy it is for the hackers to compromise a victims PC. A hacker would infect one computer and then utilize a social network or bogus email to help spread the infection through a method called "spear phishing". The act of spear phishing is basically an element of surprise where the victim does not realize what happened to them until it is too late. Think of it as a Facebook user clicking on some type of enticing message or button not knowing that they unwillingly gave a hacker access to their profile.

This sounds all-too-familiar. There have been several other cases that we have reported on in the past where online victims are presented with some type of enticing message or email that persuades them to click on it or open it up. It is highly advisable that computer users always use caution with anything that may appear too good to be true or something that is tempting to click on. You have to understand, hackers know how to be persistent in spreading their malware and will use aggressive methods to get your attention, potentially making you their next victim.

Do you think there is some type of value for hackers to obtain explicit images from unsuspecting young females over the Internet? Do you fear that they may be selling these explicit images?

The FBI has asked that if you have seen activity from any of the listed email addresses or screen names above that you contact them at their tips website: https://tips.fbi.gov/

Comment (1)
By LoneStar in Computer Security
Translate To: Español Português