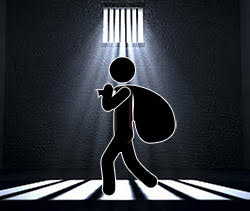 At times, justice is served where computer security experts, law enforcement agencies, and victimized companies around are alerted to the news that a hacker responsible for stealing data from US companies is sentenced to 3 years in prison.

A hacker named Mircea-Ilie Ispasoiu, a 31-year-old man from Romania, was found to be responsible for hacking several companies located in the US from August 2011 to February 2014. At the time, the hacker utilized aggressive malware with remote access capabilities to infect the computers of several US companies.

Among the companies targeted by the Romanian hacker, many of them included car dealerships, restraints, both in New Jersey, in addition to medical offices in Phoenix, Arizona, and a large security firm that has business across the US. His charges stem from many of the attacks on these companies but perpetuate out of his use of specialized malware, which was essentially a Remote Access Tool (RAT).

The RAT malware used in the hackers endeavor of stealing data from several US companies was a hodgepodge of a Trojan horse that would collect login credentials from sensitive systems, in addition to personal identifiable data such as found in electronic payment and credit card transactions.

Among the many hacks that Ispasoiu accomplished, his most famous remains to be when the security company that runs background checks for job applicants across the US was breached. He ended up stealing several applicants' personal information, which included names, addresses, fingerprints and their social security numbers.

Due to Ispasoiu's many attacks on businesses located in New Jersey, he was later granted extradition to the state by the Bucharest Court of Appeal on January 26, 2015. Later in the year during a March of 2015 hearing, he was arraigned. A year later, he pleaded guilty to his charges and sentenced to 3 years in prison for his malicious actions.

The reality of the matter was that Ispasoiu was facing up to 42 years in jail and several files if of his charges held up. Among the charges, there were four that came from him using stolen payment credit card information to make fraudulent purchases. Additionally, in total, Ispasoiu stole over $10,000 from a single victim, which doesn't start to account for the other countless victims that succumbed to his wrath, which eventually equated to restitution due amounting to over $900,000.

While Ispasoiu didn't get the full 42 years in prison, he will have at least 3 hard years to think about his actions as we celebrate another victory in the books of bringing down hackers. Hopefully, the news of his arrest and conviction will resonate with others who have set out to hack other entities around the world.