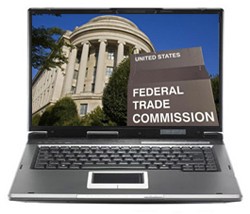 A four-year-long scam from off-shore countries such as Cyprus, Estonia and Bulgaria, which has been running to steal millions in pennies at a time from U.S. consumers, was abruptly put to an end by the U.S. Federal Trade Commission recently.

The FTC has identified an online-scam that was allowing offshore crooks to steal millions of dollars from U.S. consumers. The FTC shut down merchant accounts and several 'money mules' (U.S. residents recruited via spam by the criminals) belonging to criminals who were constantly moving money to offshore accounts amounting to millions of dollars.

Steve Wernikoff, a FTC staff attorney who is prosecuting the scammers case said, "It was a very patient scam." The specific perpetrators have not been identified but the gang responsible for the fraud has had their U.S. assets frozen disrupting their operations. On a side note, I searched for what the word 'valmeticulous' meant and there were no search results for its definition. It may have been a misspelling or a typo.

During the four-year-long scam, they were able to steal credit card numbers possibly from purchasing them from online carder forums or black market websites. These credit cards were charged very small amounts sometimes pennies at a time which allowed them to stay under the radar. Usually a red flag is raised when large amounts are processed by consumers but in the scammers' case they were able to use more than 100 bogus companies to process the transactions usually ranging from $0.25 to $9 per credit card.

We have seen other cases where money mules were recruited to transfer money from the U.S. to offshore accounts. Usually the persons are recruited through clever spam email messages where they are tricked into thinking that they are assisting a legitimate offshore business. The persons ultimately responsible for the initial attack via spam and for the illegal activities are usually located in a foreign country.

Even though the perpetrators have not been actually caught red handed, investigators now have a virtual trail to follow. By the FTC disrupting the scammers' operations, it will force them to start over by recruiting more money mules and setting up new offshore accounts to transfer money from the U.S.

This type of cybercriminal activity goes on every day. Do you think that we need to dedicate additional forces to track down and prosecute these cybercriminals or are agencies such as the FTC doing enough?

Comments (3)
By JubileeX in Computer Security
Translate To: Español Português