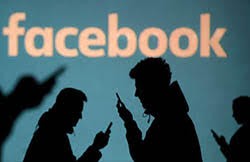 Data privacy is a growing struggle for consumers and business and recent issues occurring within social media giants like Facebook isn't making matters any easier for people to keep their private information, private. Just after Facebook came under scrutiny for their Cambridge Analytica data debacle and the recent concern over device makers given access to user data, a bug within Facebook has caused private posts of about 14 million of its users to be shared as public posts.

By publicly sharing posts that were marked to be private on Facebook an apparent software bug as exposed information that was initially meant to be kept private or only shared amongst select friends of the 14 million users. While Facebook has a vast user base of about 2 billion people, 14 million users seem to be only a fraction of the user base. Regardless of the small number of users affected by the Facebook bug, millions are finding out this week that information that they published to a private group or specific friends has now been made public and searchable over the Internet.

Facebook said that the bug was active from May 18, 2018, through May 27, 2018. They were able to put a stop to the bug on May 22, 2018. However, posts could not be reverted to the "fixed" settings until five days after the fact, further allowing certain privately-marked posts to be shared publicly.

It's rather unfortunate that Facebook has had a few missteps in the handling of personal data, whether it be the fault of third-party vendors who are later banned by Facebook, or during the infamous Cambridge Analytica debacle.

Currently, Facebook is notifying the 14 million users affected by the bug and reverting all posts that were initially marked as private but to their suggested settings.

In a statement, Facebook chief privacy officer Erin Egan said, "We have fixed this issue and starting today we are letting everyone affected know and asking them to review any posts they made during that time. To be clear, this bug did not impact anything people had posted before — and they could still choose their audience just as they always have. We'd like to apologize for this mistake."

In the recent months, Facebook has been up against the public with a close eye on their next moves to improve their overall security. Additionally, the public waited to see what steps they will take to ensure their 2 billion users that their private data is protected. Mark Zuckerberg, Facebook's CEO, even appeared before Congress last month to take a barrage of questions to help ease the tensions surrounding the social media giant's slipups in the protection of user data.

Hopefully, due to recent issues within Facebook and their vendors, users will be satisfied to know the proper actions are being taken to better fortify security layers and efforts to protect private data. The question remains: Going forward, will you trust Facebook with your information or the data the resides on your Facebook profile?