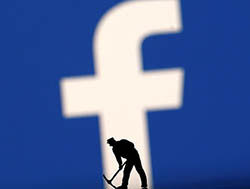 The whole Facebook debacle that has resulted in company CEO Mark Zuckerberg sitting down before lawmakers in Congress to explain how 'malicious actors' may have collected data on millions of users. As the saga continues and Congress presses Zuckerberg for answers and resolutions in the fiasco for data handling, it raises many questions among computer users around the world who are gaining a new concern about their personal data.

Facebook CEO Mark Zuckerberg voluntarily made himself available to Congress so that they may ask questions and demand answers primarily pertaining to Cambridge Analytica's alleged mishandling of Facebook user data. IN the full scope of what went down, tens of millions of Facebook users had private data obtained by Cambridge Analytica, which included usernames, user affiliations, hometown information, educational history, work history, and even “like” data that associated users with certain organizations.

Ever since word of Facebook succumbing to Cambridge Analytica's wrongdoings with data from as many as 87 million Facebook users. Granted, Facebook has over 2 billion users, the 87 million accounts is a small percentage. However, in the grand scheme of things the misuse of data raises many questions and therein looms a serious concern by computer users around the globe over the security of their data.

In today's Internet-driven and technologically advanced world, personal data privacy and security is a growing interest as billions of computer users take to the Internet to share, store, and access personal data. Ultimately, end-users have a certain level of trust for each entity that they divulge personal data to, whether it be on a social media network like Facebook, a banking website, or logging into a third-party service on the Internet.

One of the many questions that computer users are having issues with is how do they know their data is safe? In a nutshell, computer users don't know if their data is safe. Just as Facebook has explained in their terms of use policy about how they protect a user's personal data, such a notion was thrown out of the window after the debacle with Cambridge Analytica and the 87 million users affected. However, there are simple actions to take to help protect your personal information apart from relying on company's empty promises.

In the past, Facebook has had more than their fair share of security issues and exploits, much due to the aggressive activities of hackers and cybercrooks. Today's landscape of data exploits has taken on an entirely new face, one that legitimate companies or third-party entities may misuse or mishandle personal data, which adds insult to injury when it comes to the looming concern of computer users around the world.

We want to know, what steps have you taken to help protect your personal data? Have you gone as far as to delete your Facebook account or refrain from using various online services? Have you protected your computer from vulnerabilities that may exploit personal data as well?