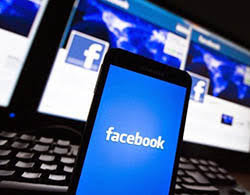 Facebook has long been under the radar for their apparent security and data protection debacles over many years. Facebook's recent data-sharing partnerships have come under scrutiny as they are reportedly giving device makers deep access to data on friends and users of the social media giant.

The device makers of Apple, Amazon, BlackBerry, Microsoft, Samsung, and many others accounting for about 60 companies in all have all been given access to Facebook's data over many years. Reiterating the fact of Cambridge Analytica misusing the private information of millions of Facebook users, new concerns are being raised in knowing about 60 device maker companies are allowed to access certain data fields within Facebook.

There is a certain level of inevitability that Facebook would naturally give data access to device makers. After all, companies like Apple, Samsung, Amazon, Microsoft, and many others require certain data access doors to be opened to allow the millions of their devices to interact with the social media service. Without data access to Facebook, the platform wouldn't be where it is today with its 2 billion monthly active users.

While we all enjoy the benefits of perusing Facebook, on a daily occurrence for many of us, the looming idea that our data is being shared is on our mind more than it has ever been. The formed partnerships between Facebook and many device makers have met many compliances put in place many years ago. As such, a 2011 consent decree with the Federal Trade Commission (FTC) draws some criticism as to where the lines are drawn for sharing data of users' friends without explicit consent. Unfortunately, those lines are not as defined as many users would hope. As the New York Times reports, "some devices makers could retrieve personal information even from users' friends who believed they had barred any sharing."

In today's landscape of endless amounts of data guiding our lives, one would think that Facebook and device makers are to be trusted in some capacity to regulate and protect our personal data. While such a notion sounds utopian, it's not the ideal thinking when we know for a fact that our privacy is only a click or two away from being exposed and placed in the wrong hands.

The FTC, and the American government, within perspective departments only do their legal part in regulating companies in how they handle private data. Facebook has continually defended their policies to all be consistent in what the FTC agrees to and ensures that its "partners" limit the use of data or misuse. However, the promises only go so far when there is a hiccup like the Cambridge Analytica scandal promptly revealing how Facebook's privacy policy was not adequately enforced or applied.

All it takes is one data security fumble, and the reputation for one's ability to secure private user data is severely damaged. In knowing that Facebook has given many device makers deep access to user data it begs us all to ask if they are all doing their part to safeguard such data.

Hopefully, to put us at ease in the interim, access to Facebook's private data channels was put to the test by partners and those with inquisitive minds. In conclusion, regarding APIs enabling other companies to recreate the Facebook experience, Facebook "controlled them tightly from the get-go," exclaimed Ime Archibong, Facebook's Vice President of Protect Partnerships. Archibong also said in a statement on Sunday, "Partners could not integrate the user's Facebook features with their devices without the user's permission."

In Facebook's defense, they have gone the extra distance to ensure its user base that the access given to device makers doesn't undermine their new policies even after the Cambridge Analytica debacle. In fact, Facebook has actively ended device partnerships, as many as 22 in recent months, that didn't have the companies best interest in data protection. Moreover, they have reduced access to APIs used by device makers to create bespoke Facebook experiences, which will essentially help protect data. Hopefully, the message will translate well to device makers that Facebook is one force to not mess with when it comes to the protection of data, even if they give certain entities a degree of unfettered data access to make the user experience better.