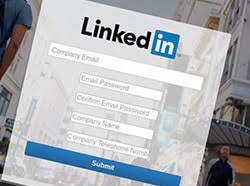 Cybercrooks are in a perpetual fight to gain notoriety and money through their many wicked ways and money extortion tactics. At times, cybercrooks are successful with data breaches to obtain valuable information that can be later sold off to the highest bidder. Such took place back in 2012 when hackers were able to breach LinkedIn servers to scavenge and obtain over 117 million user records, which includes login passwords. Since that time, the data stolen has made its way to the Dark Web posted by mischievous hackers who look to sell-off the data.

The massive data breach that LinkedIn suffered in 2012 has been said by experts to be monumental in that it may have exposed details of over 167 million accounts. Other claims have come back to a conclusion of only 117 million user records being compromised that include passwords, which can be used to access user accounts on the business-oriented social network service.

It's not very uncommon for older data breaches to have the pilfered data later come to the surface to be sold or revealed over the Internet in secretive portals, which is known to be the Dark Web primarily accessed by specialized browsers like Tor.

The data exposed on various avenues of the Internet accessed by cybercrooks has been confirmed to be mostly from the 2012 LinkedIn data breach. While much of the data does include passwords that may enable others to log into LinkedIn accounts, they are masked with SHA1 encryption. However, cybercrooks can crack such encryption and reveal the passwords in a relatively easy method. The underlying issue remains to be the old age of the passwords giving that the data was compromised four years ago. With such an age of the data, there is a high likelihood that the passwords have been changed since by active users only leaving accounts that have weak and unchanged passwords vulnerable.

LinkedIn, much like many other social networks, have hundreds of millions of users. IN fact, LinkedIn's latest member numbers have hovered around 433 million users making it a robust network primarily used for networking business professionals. The unfortunate part about the data breach in 2012 is that LinkedIn never took any definitive action to confirm the attack and the alleged real number of 6.5 million users being affected at the time.

Interestingly enough, there have been other instances of organizations having data breached and no one knowing the severity of the situation. As a prime example, an IRS data breach about a year ago proved to be much worse than originally thought affecting hundreds of thousands of additional taxpayers.

While the implications of how many users were affected by the 2012 LinkedIn security breach has some serious discrepancy, the looming issue is very real and social network users, no matter the service they use, should have a practice of using strong passwords and change them often.