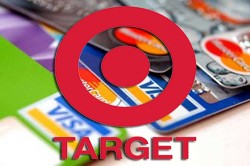 The whole Target stores credit card information theft debacle has really left a bad taste in the mouths of consumers, and those who may have had a hacker steal money from their account in the recent weeks. It is no doubt that consumers are now paying closer attention to their credit card and bank account statements as the theft of Target credit card information has taken place all around the holiday season.

It turns out that the Target credit card information theft is much more serious than it was originally thought to be. Researchers have found that as much as 11 gigabytes of sensitive customer information was stolen from Target systems. If you put a total of 11 Gb of data into perspective you would find out that, in the form of text information, it is astronomical. Basically, 1 Gb of data equates to about 900,000 pages of text. That means just 1 Gb of data would allow you to store about 900,000 Word documents of text. Multiply that by 11 and you would have almost 10 billion pages of text. Yes, that is a lot of information.

In knowing the magnitude of how much data was pilfered from Target stores systems, it is just a matter of time before that data is sorted out and sold to the highest bidders online. Coincidentally, the data has already made its rounds in the hands of money-hungry cybercrooks, all selling off this data so the next person may have a run at accessing consumer's credit cards and accounts.

Cybercooks responsible for the Target credit card information breach did not retrieve the full 11 Gb of data all at once. The data transmissions actually took place several times a day within a two-week period. The CTO of Seculert, Aviv Raff, noted that Target was the only retailer affected by this breach and none of the data remains on the FTP server today. Other associated stores, such as Neiman Marcus, remain to be untouched by the Target system breach.

Many sources and security researchers have found their investigations point towards a group of Russians and Ukrainians being the culprits of the attack utilizing BlackPoS malware. BlackPoS malware is a Point Of Sale threat that is able to be uploaded onto vulnerable systems and scrape the memory of the PoS system thus gathering data from the magnetic strip of credit cards. Basically, all information stored on a credit cards magnetic strip was scraped by the PoS malware in the Target hacking incident.

By knowing that 11 Gbs of credit card and sensitive customer information was scraped, the reach of the breach will probably never be known to its full extent. Additionally, banking institutions will be working overtime for a while to sort out the backlash that is received from this massive data breach. PoS malware, proving its effectiveness from simplistic programming, may be a new force in future attacks by cybercrooks. If hackers can come away with a victory in attacking Target stores, just think of what other organizations or companies they can "Target" next. No Pun intended.