Computer Security and Malware Trends to Expect in 2011 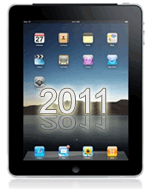 Although no one can predict the future of malware with a 100% certainty, one can grasp what top malware trends to expect in the upcoming year just by looking back at all of the new developments in 2010.

The year 2010 was an eventful one in the computer security world where we witnessed the conception of some of the most sophisticated malware ever discovered. Stuxnet worm was one piece of sophisticated malware that has managed to threaten national security. Other instances of hackers causing such a serious uproar in 2010 were the many attacks against popular social networks mainly being Facebook and Twitter. Facebook is bigger than ever before with well-over 500 million users, which makes it a prime target for hackers and cybercrooks. From malware laced status updates to compromised accounts, Facebook has had more than their fair share of attacks over the past years time and you can expect those attacks to continue into 2011.

It is a difficult task to precisely predict future trends in malware and computer security. We have attempted to warn computer users of new trends and attacks in the past that we expected to be more prevalent in the future. The use of new social engineering malware attacks continue to be a trend in addition to new types of misleading applications created to swindle computer users for the purpose of money extortion. The new types of misleading applications created to extort money even more evident in new rogue optimization programs discovered in just the past two months such as Win HDD, HDD Plus and HDD Diagnostic.

Mobile malware is also another issue that we may see tip the scale in 2011 with the exploding of smart phone and tablet markets. Hackers virtually have new platforms to create malware on which may include Apple's iOS, Windows Phone 7, and Android operating systems. We have not seen much movement in this field in 2010 but it would only make sense to not be naive about this prediction -- due to the massive growth that we have seen in just the past couple years with new smartphones and tablet computers such as the iPad.

Banking theft with the use of advanced Trojan horse parasites and Botnets is another trend that you can expect to see increase in 2011. In 2010, we saw several cases of authorities cracking down on cybercrooks and money mules who may have used the infamous Zeus parasite to steal money from online banks. Some security experts believe online banking crooks will utilize automated malware more-so than human money mules. It would make perfect sense to make online banking theft operations mostly digital instead of relying on humans, who may get busted for illegal activities.

The year 2011 is sure to be a time that we see a shift in the use of traditional malware and hacking techniques. Whatever did not work for cybercrooks in 2010 will be updated and potentially made to be more aggressive or potent. The best thing for users of personal computers to do in 2011 is to keep their software updated. Because new threats such as malware and viruses are created daily regardless of it being year 2010 or 2011, it would be wise to make sure you are running the latest anti-virus or anti-malware software in addition to your operating system and installed applications.

What expectations do you have for 2011 in terms of computer security, internet security and malware? Do you know of any new trends that we could see as a growing threat in 2011?

Comments (3)
By ZulaZuza in Computer Security
Translate To: Português