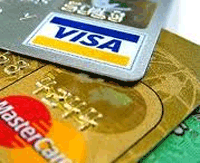 German and U.S. authorities have raided Internet Service Providers (ISP) in an attempt to seek out a hacker or hackers who have initiated distributed denial of service (DDos) attacks against large credit card sites.

Germany's Federal Criminal Police and the U.S. Federal Bureau of Investigation have made attempts to seize property belonging to an Internet Service Provider called Host Europe. The companies in question include Dallas TX's Tailor Made Services and Fremont, CA's Hurricane Electric. The authorities were able to narrow down their investigation to target these organizations due to tracing their IRC (Internet Relay Chat) server links back to Host Europe.

Several of the websites targeted in the DDoS attacks were Visa.com, Mastercard.com, Paypal.com, among others. These sites were only discovered uncovering a grassroots campaign called "Operation Payback". The campaign was designed to put pressure on companies that ended their relationship with WikiLeaks after they published classified U.S. Department of State information. The groups responsible for the "Operation Payback" campaign call themselves anonymous. During the attacks, the group was able to disrupt web services but did not pose a threat to any back-end systems responsible for transaction processing systems. The same group in the past has launched attacks against organizations such as the Motion Picture Associate of America (MPAA).

In a typical DDoS (Distributed Denial of Service) attack the hackers are able to flood their targeted site with abundant amounts of useless traffic which will usually take the site down or cause it to be unresponsive. The same scenario is believed to have happened after FBI and German authorities have uncovered attacks against Visa, Mastercard, PayPal and even Sarah Palin's site, who happens to be another outspoken adversary of WikiLeaks.

Usually the discovery of a group conducting a DDoS attack is initiated by an orchestrated investigation. In the case of the FBI and German authorities raiding the internet service provider Host Europe, it was an anonymous effort that lead to the arrest of a 16-year old boy that has been linked to the attacks. Dutch authorities were able to link the cyberattacks against Visa, Mastercard and PayPal from the boy's confession after seizing his computer equipment.

It is believed that these attacks were intended to punish certain companies for ending their relationship and services with WikiLeaks. There continues to be an abundance of criticism from the WikiLeaks founder, U.S. government officials and those who oppose companies who have ended ties with WikiLeaks. We may have not seen the end of cybercrooks who strongly contest such companies, and we may continue to see DDoS attacks against those company sites.

Comment (1)
By Sumo3000 in Computer Security
Translate To: Português