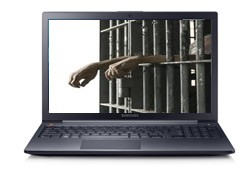 It is always a good day in the computer security world when we get news of cybercrooks responsible for peddling malicious software. Today, we can celebrate in knowing that 80 suspects have been arrested on suspicion of spreading virus software that may have infected hundreds of thousands of computers around the world.

Police and law enforcement authorities in 16 countries, including the FBI in the United States, Chile and Europe, have seized cash, drugs and firearms surrounding a group of about 80 people suspected to have created, used and sold malware called "BlackShades." The BlackShades malware allowed perpetrators to control infected computers, much in the way that aggressive Trojan horse infections could allow remote attackers to infiltrate an infected PC.

To capture upwards of 80 suspects in what appears to be a highly orchestrated raid by multiple country's police, searches of about 359 homes in 16 countries were conducted.

Finding in court documents from those who ran the cyber organizations that distributed "BlackShades" malware, estimates that it generated over $350,000 in sales between September 2010 and April of 2014. Among the defendants in the United States, five of them owned and operated the BlackShades organization under the online name of "marjinz," where one of them named Yucel, ran the organization as a business employing a directory of marketing, web developer, customer service manager and even a team of customer service reps. It seems the BlackShades organization was well orchestrated and accustomed to running efficiently to make a serious impact on the spread of computer-controlling malware.

Outside of the U.S., authorities from Europol coordinated the operations that ultimately lead to detaining 80 suspects associated in some way to the BlackShades operation.

The malware was sold to thousands of individuals around the globe. Even though the damage has been done with this malware, authorities will naturally gather leads on tracking down future operations from the BlackShades malware, somewhat due to the seizure of over 1,900 internet domain names used to control victims' computers. By shutting down those potential command and control entities and servers, it would cut BlackShades off at the head and it would no longer propagate into anything other than a dead-in-the-water piece of malware.

The joint efforts of law enforcement agencies around the world is a definite signifier in how the battle against cybercrime can be a serious force to reckon with, just the opposite of the determination that cybercrooks wield with their sophisticated malware.