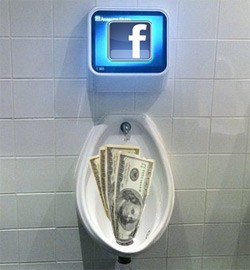 We have iterated how Facebook is more or less the proving grounds for hackers and cybercrooks. With that said, it has been found where hackers are exploiting Facebook users once again utilizing the 6-year-old Zeus Trojan to basically pilfer online banking accounts through popularized Facebook fan pages.

The Zeus Trojan, or what we may technically refer to as the Zeus Botnet, has been a force to be reckoned with when it comes to cracking down on online banking theft. Zeus has been at the forefront of being a gateway for cybercrooks to steal funds from banking accounts and has steadily ramped up its malicious attacks.

Facebook is one massive venue for hackers to spread their malicious love onto other computer users. In the recent efforts of cybercrooks, they have flooded various Facebook fan pages to deliver Zeus-serving malicious links. One particular fan page on Facebook, identified as 'Bring the N.F.L. To Los Angeles', has been flourishing with malicious links lately. These links were confirmed by researchers at Malloy Labs to serve up Zeus malware hosted from computers controlled by a Russian criminal gang.

Facebook has had its fair share of problems ever since its full public conception. Now with over 1 billion users, Facebook has its work cut out to identify and put an end to cases where malware like the Zeus Trojan can find a place to flourish and spread via links on something like a Facebook fan page.

Security experts have already warned Facebook of what is going in and in retrospect provided Facebook with a basic blueprint to how malicious links on certain fan pages are spreading malware. The remediation, unfortunately, for putting an end to Zeus for infected computers has had an after-the-fact approach, which has so far been quite unsuccessful.

It is almost a laughable case in knowing how easy it is to setup some sort of fake Facebook fan page with the desire to spread malware like Zeus. Eric Feinberg, founder of the Fans Against Kounterfeit Enterprise (FAKE), has put efforts into approaching Facebook of this serious problem. Regrettably, Feinberg's efforts appear to have been brushed under the rug for now.

With little hope of some reprieve from Facebook, it is inevitable that we will continue to see droves of systems infected and taken over by Zeus. Once under the control of Zeus, these infected systems will become virtual drones under the control of hackers. Basically, hackers will direct their command and control servers to send instructions to perform malicious activities including stealing funds from online banking accounts.