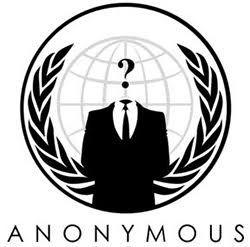 The famous Anonymous hacker group has vowed to cause disruption against ISIS terrorists through the only way they know how, which is by attacking them through the internet. In Anonymous' latest efforts, they have been successful with the takedown of the ISIS main operations forum where the terrorist group has thought to use for internal communications and recruitment of future members.

As many of us know, the recent attack in Paris, France by ISIS militants has left everyone around the world on high alert of future actions by the terrorists. As ISIS has stirred up the motion of the opposition, they face a major force to be reckoned with in the form of the Anonymous hacker group. In the past, Anonymous was known for their aggressive actions taken against entities that they had disagreements with or had differences in beliefs. The same sentiment seems to be the relevant case when it comes to the deadly actions of ISIS.

It just so happens that ISIS is among Anonymous' short list of adversaries. Anonymous is out to get ISIS by attacking their communications links, which was primarily launched on an online forum. By taking down the forum, which Anonymous has successfully done after taking down about 20,000 Twitter accounts belonging to the terrorist group, ISIS will be left with the option of moving their operations to a new Dark Web portal.

In our experience with the Dark Web portal, we know that it is such a place that is only accessible by those who have the proper access and utilize the Tor web browser. By limiting access, groups such as ISIS can conduct behind-the-scenes communications and activities to later carry out actions on, which may aid to their terrorizing humanity as we know it. Anonymous is just as dedicated to putting a stop to impending motives and actions by the terrorists.

Law enforcement around the world, including the FBI, are staying abreast of Anonymous' actions and have noticed a sub-division of Anonymous popping up just this week to announce forthcoming ISIS attacks in eight locations around the world. While the threats are not credible as far as the FBI is concerned, the new Anonymous sub-division is taking claim for thwarting a future attack on ISIS that was supposed to take place Sunday, November 22, 2015.

In the middle of the creation of a secondary Anonymous group, the official Anonymous #OpParis Twitter account disowned claim to their association as shown in the Twitter post below. It seems there are teenaged pranksters attempting to join in on the Twitter war of claiming they have information on ISIS and will be waging their own war to attack them. The disavowed hackers are going under the Twitter account names of @AnonNetOpParis and @OpParisIntel.

.@OpParisIntel & @AnonNetOpParis are fake groups made by 15/16yo, we've found that scares the #world with info made by themselves.. #OpParis

While Anonymous remains vigilant in their claimed "real efforts" to attack and bring ISIS down over the internet, it is expected that copycats will continue to propagate over the internet. While Anonymous has a primary focus of launching ISIS attacks, pranksters will attempt to make a mockery out of the whole situation for as long as it continues to play out. Either way, the fight musters on as the real Anonymous group is starting to claim victory in the demise of the ISIS forum and look to do the same with their underground Dark Web portal.