By CagedTech in Computer Security
Translate To:
English
English Português 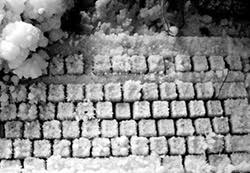 Winter Storm Jonas dumped more than just snow on most of the eastern United States. The storm also brought with it a dramatic spike in infections, according to EnigmaSoftware.com data. In fact, in states hit hardest by the storm, malware infections jumped 67% on Friday, January 22nd and Saturday, January 23rd.

After looking at almost a quarter of a million infections throughout the east coast over the last several days, here's what we found during the worst part of Winter Storm Jonas:

Are those spikes in traffic solely attributable to the storm? Most likely not. There are a number of different factors that determine how many infections strike a particular area. And we routinely see day to fluctuations of anywhere from 5-20 percent. But when the spikes move into the 40-60-80 percent range, we know there is something impacting online traffic in a major way. In this case it was the snow, keeping people indoors. Instead of going to work, instead of going out to the movies, instead of going to their kids' weekend basketball games, people stayed at home. And when they were home, they got online.

What kinds of online activities can lead to a spike in infections? Again, there are a number of factors. One of the biggest sources of infections is adult web sites. Malware makers know that people looking for adult content may be more likely to click on link that could lead them to an infection. Does that mean we think everyone on the eastern seaboard spent their time holed up in their homes looking at porn? Of course not. But it no doubt played some role in the spike in infections. That's why we always recommend installing a trusted anti-malware software program like SpyHunter, and keeping all security updates on your computer current.