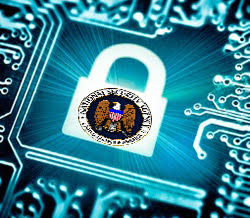 Most of us know firsthand what happens to our green grass when we don't water it. Not only does it start to turn brown and look ugly, but it has a high chance of dying or being attacked by fungus and bugs. Funny enough, the same can be said about cybersecurity and the funding provided to promote better online security for consumers and companies in America. To help address the mounting cybersecurity issues that continue to plague the American front, the U.S. Government is planning to greatly increase cybersecurity spending.

A new plan, addressed by President Barack Obama this week, proposes a sharp increase in cybersecurity spending to the tune of a $3.1 billion fund to help replace outdated IT infrastructures. The money will be put to good use, first appointing a new position of a federal chief information security officer, recruitment of cybersecurity experts into government roles, and a commission that is dedicated to studying cybersecurity problems.

Let's face it, the mounting cybersecurity issues, outdated IT infrastructure, and the creation of aggressive malware threats that threaten our national security, are all outpacing the efforts of the U.S. Government to keep things secure. It's bad enough that many security firms are having a difficult time keeping up with the embattlement of new malware threats on a daily basis. The good news is that with a new proposed cybersecurity initiative in America, it would help towards a goal to ultimately reduce cybersecurity issues throughout the whole world.

The U.S. has been on the path to improving the nation's cybersecurity and defenses since 2009. At the time, it was more than evident of cybersecurity becoming an uncontrollable issue that will eventually get out of hand to a point that getting a grasp on it would be nearly impossible without taking extreme measures. In making the right strides with cybersecurity, defenses like the recently approved Cybersecurity Act of 2015 will promote better information sharing between government and private industries. Such joint efforts will empower each other to better tackle emerging cybersecurity issues.

In the past years, we have covered several instances where there were serious data breaches, malware intrusions and even theft of Social Security data. Such attacks have resulted in millions of people in the U.S. having their personal information compromised. The countless times that attackers have infiltrated systems around the world and in the U.S. is staggering.

"We have a broad surface area of old, outdated technology that's hard to secure, expensive to operate and, on top of all that, the skill sets needed to maintain those systems are disappearing rather rapidly," Tony Scott, the U.S. chief information security officer, said during the briefing.

To Tony Scott's sentiment, the government will allocate $19 million directly to cybersecurity spending in fiscal 2017. That's an increase of 35% in spending for that department over the current year (proposed 2016). The $3.1 billion proposed is a Information Technology Modernization Fund, which would replace outdated systems that pose a high risk to intrusions and other security threats.

While the finalization and approval of the plan requires U.S. Congress, most of the plan may be initiated using the president's executive authority, if the plan hits a stumbling block in Congress. Though, we speculate that the current administration will send the plan through without any roadblocks.

Strategies within the usage of the Information Technology Modernization Fund will include a Cybersecurity Action Plan (CNAP) along with grants and scholarships to encourage graduates in the tech field to take government security jobs.

The efforts to reinforce Internet Technologies while keeping pace with information security will be essential to keeping business as usual and information steadily flowing over the Internet. It has to be done, and we're glad to know that the U.S. government is taking notice now rather than later when it may be too late.