How To Stop The Top 5 Hidden Computer Security Threats 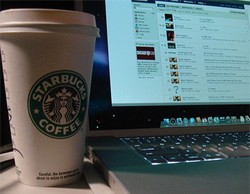 Do you ever fear that one day your system will be compromised or attacked because you never took precautionary measures to stop hidden security threats?

Did you know that due to computer threats computer users are becoming the victims of hacking attacks and are exposed to possible identity theft? There's over 10 million cases of online identity theft just in the year 2008. You can help avoid becoming the next victim of these heinous crimes by putting an end to hidden computer security threats that could be lurking around waiting for your next wrong move.

Some of the most recent security threats include scams initiated on popular social networks. These threats can be a hidden disaster waiting to happen to you. If you use the social network Facebook or Twitter, then you should take a few steps to protect yourself from being attacked. One step you can take is check your privacy settings within Facebook and Twitter. These settings allow others to view personal information that you may have forgot that you provided. This is an easy way for a hacker to dig for information that could give away a password to an online account. In addition to checking your privacy settings, you should avoid accepting friend requests from people that you do not know. This can easily give an outside attacker access to additional information that you block for others. Not to mention, a Facebook "friend" or Twitter "follower" can send you malicious messages that may look legitimate but may lead to a site that is full of harmful malware.

Hackers are well known for using specialized tactics to trick computer users into doing something that they would not normally commit to if the circumstances are not ideal. The use of scareware is a growing problem that the normal computer user may not be aware of. Popular rogue anti-spyware applications such as Internet Security 2010 are used to initiate scareware tactics on the affected system without any required interaction from the computer user. Scareware normally takes phishing to another level by tricking a user into installing a malicious application. Once malware is installed onto a user's computer, it opens up endless possibilities on how the malware can take advantage of the user. These tactics are sometimes presented in the form of alert messages that popup on the screen or an email message that appears to be from a banking institution. Being in-the-know of these types of hidden threats can greatly reduce the chance of your system being compromised or even damaged by scareware methods. Another great way to protect yourself from these hidden threats is by installing and running antimalware or antispyware protection tool.

Out of date Software

Did you know that Microsoft and Adobe products are one of the most favorite targets for malware? It is not just Windows operating systems that hackers only target. Attackers usually target many Microsoft and Adobe applications that are out dated or left un-patched. That simply means if you are running a version of a software application that has had a vulnerability discovered and it goes without being updated, then a hacker could easily attack your system through that specific program. The reasons for companies such as Microsoft and Adobe rolling out security patches within the application updates, is to prevent hackers from attacking your system via an out-of-date vulnerable application. This also applies to security applications such as antivirus or antispyware programs. The purpose for downloading and installing new virus definitions is so that the security program can recognize a new threat that was recently released into the wild. If a program is left out-dated, then it is a high chance that your system could be at risk of being compromised or attacked.

One of the most popular hidden threats that exist literally in thin air is a rogue Wi-Fi hotspot or malicious Wi-Fi network. If you connect to the internet at your local coffee shop, book store or even at the airport, chances are there is a hacker lurking around that is able to capture your internet traffic over an unsecured Wi-Fi network. Any unsecured Wi-Fi network can be hacked into to monitor and view every move you make over the internet. The data transmitted over an unsecured Wi-Fi network can be compromised which includes sensitive information such as your banking usernames, passwords or even your social security number. Sometimes a hacker may setup his very own open WI-Fi network that you unnoticeably connect to thinking that it is provided by the coffee shop. This hidden threat can be avoided by finding out the SSID, or name of the wireless network provided by the establishment. Connecting to only a secured Wi-Fi network is also a good step to take. Just because a wireless network appears in your list of available networks does not mean it is safe to connect to.