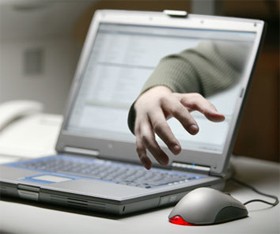 Would you be scared if a hacker was threatening your network with a new type of open source rootkit software that allows him to install any type of malware onto any Windows PC bypassing passwords and encryption? Now, there is such a thing as an open source rootkit which is called the Stoned Bootkit. Stoned is a different type of rootkit, also called a Bootkit, known to be the first open source rootkit framework.

A Bootkit is similar to a rootkit only it is able to initiate and load into memory before the startup of the operating system allowing it to have full access of the infected computer.

The infamous rootkit is usually connected to a hacker or a trojan horse and now it can be associated to open source software, or Bootkit, that could allow a hacker to attack virtually any Windows operating system without the roadblocks of encryption or passwords. The Stoned Bootkit even has the ability to attack the newest Windows operating systems including Windows 7 and Server releases.

Kleissner, an independent operating system developer, malware analyst and professional software engineer, unveiled the Stoned Bootkit at the Blackhat USA Security Conference via his PowerPoint presentation which is currently available online. It is claimed to be the very first bootkit that breaks TrueCrypt encryption and traditional NTFS and FAT disk volumes in Windows. This would allow an attacker to avoid utilizing a password while being able to choose any type of software to install onto a Windows system.

Stoned Bootkit is the type of rootkit that loads during the boot process of a Windows PC. It loads into memory before the Windows operating system starts up. This is where Stoned Bootkit gets its name, after a boot sector virus from some time ago called "Stoned". The Stoned Bootkit includes its own set of file system drivers and other tools that allow it to take over functions of the affected system.

Using the Stoned Bootkit allows an attacker to change or extend its core functions, which is like other similarly designed plug-in open source applications. In order for a hacker to get his hands on the potentially destructive Stoned Bootkit source code, all he would have to do is visit the stoned-vienna.com website. On the website you would find detailed information about the "Free" Stoned Bootkit in addition to the operational aspects of the bootkit. The detailed information found on the website ultimately gives users the ability to easily infect computers.

SecurityTube has a video demonstrating a system being infected via the Stoned Bootkit.

With an open source rootkit, or Stoned Bootkit, readily available for any hacker to modify to their liking, it could spawn a new age of botnets or systems taken over by remote attackers.