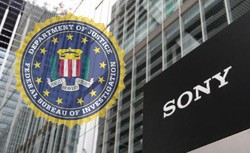 The FBI has issued a five-page confidential "flash" warning to U.S. businesses this week providing technical details about malicious software that was used in the recent Sony Pictures Entertainment attack. In the FBI warning, it is clear that hackers may utilize similar malicious software to project an aggressive attack on a business in the U.S.

What has been overturned in the recent Sony cyberattack is that relentless hackers have sparked a highly coordinated attack with malware that overrides all data on computer's hard drives and boot records to keep them from booting up. Also, in the FBI report is the idea that data files affected by the cyberattack will be extremely difficult and costly, if not impossible, to recover using standard forensic methods.

In the past cyberattacks similar to what the FBI is warning U.S. companies of have been carried out with much success in Asia and the Middle East. To date, nothing of this potential magnitude has been reported in the United States. The FBI has made their warnings to specific companies located in the U.S. confidential. In the exclusive Sony Pictures Entertainment attack, we can conclude that they were in process of releasing several highly anticipated films leading up to the holiday season. As far as the cyberattack timeline it could not come at a worst time where Sony corporate email and many other systems were crippled.

Declining to comment on the FBI warning, A Sony spokeswoman said the company had "restored a number of important services" and was "working closely with law enforcement officials to investigate the matter."

With the help of the Department of Homeland Security, investigations by the FBI are constantly keeping tabs on the next cyberattack moves using malware similar to what thwarted Sony. As far as the severity of Sony's attack, they are working with FireEye Inc's Mandiant incident response team to clean up. With such a move by Sony, it is evident that the severity of this attack is unprecedented.

The victims in the recent attack were never outwardly revealed by the FBI. Though, it is clear that information leaked, thus far, has had all signs pointed to Sony being the unfortunate casualty. While much information about the Sony cyberattack is still under wraps, and some has yet to be discovered, the stern warning by the FBI issued to U.S. companies should not be taken lightly. While the data uncovered all correlates to Sony being the victims, the malware used in this highly destructive attack could be aimed at other U.S. companies with an even greater fall out.

Many questionable conclusions are being drawn as to the reasons, including the why, who and what behind this attack on Sony being conducted. Some have drawn a picture of the hacker group working on behalf of North Korea as a retribution for the company's backing of the controversial film "The Interview." The film is a comedy about two journalists recruited by the CIA to assassinate North Korean leader Kim Jong Un. Drawing even more suspect is that the technical section of the FBI's report said that some of the malware used in this attack was compiled in Korean, but does not talk about any potential connections to North Korea.

Make of it what you will; the hackers responsible for the alleged Sony Pictures Entertainment malware attack are probably not finished yet. If the FBI's warning is any indication as to what may come, we are in for a long haul of cyber warfare in a worst case scenario.