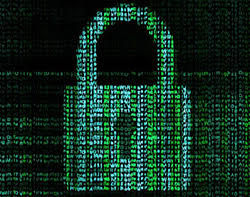 Ransomware has been one of the most aggressive and destructive types of malware threats to surface in the past several years. As Ransomware threats emerge they are increasingly becoming more sophisticated and nearly impossible to crack, such as the recent TeslaCrypt threat claimed by researchers as un-crackable.

TeslaCrypt Ransomware made its appearance just over a year ago and has since been upgraded many times to version 3.0.1, which Cisco's Talos research group claims is impossible to crack and instructs to decrypt files.

Cisco Security researchers Andrea Allievi and Holger Unterbrink, wrote in a recent blog post addressing the progression of recent ransomware stating, "We cannot say it loud and often enough, ransomware has become the black plague of the Internet." In their blog post on Wednesday saying that, "The adversaries are modifying and improving it in every version."

The statements of Cisco's researchers Allievi and Unterbrink ring true to how threats like TeslaCrypt Ransomware used to have certain exploitable weaknesses but not tout ironclad file encryption techniques. In the latest TeslaCrypt version 3.0.1 it is believed that the threat cannot be reverse engineered to develop a means of cracking its encryption or decrypting files that it has encrypted.

IN previous versions of TeslaCrypt, like many other ransomware threats, the encryption algorithm had certain weaknesses that gave researchers the ability to provide a tool for decryption of all files encrypted by TeslaCrypt version one. So far, there isn't any tool known that can perform decryption of files that TeslaCrypt 3.0.1 are encrypted.

In retrospect of the full scope of Ransomware's propagation, researchers are making headway in disrupting distribution mechanisms and coming up with better detection methods. As it turns out, the best way of combatting ransomware like the latest variant of TeslaCrypt is to form a good defense before it can score and win over files for encryption on infected systems. Unfortunately, once a system is infected with the latest version of TeslaCrypt, and the Ransomware is allowed to run for an extended period of time, the game is over as the encrypted files may not ever be decrypted or restored unless the computer user has a full backup of their hard drive.

Once upon a time, there was the ingenious idea that encrypting files would make the computer and Internet world a safe place. While the concept did hold water for many years, the nearly-decade long time frame of ransomware making its grand entrance has poked some serious holes in the encryption think tank. You can say, the tank is now leaking like a sieve and is nearly uncontainable as threats like TeslaCrypt 3.0.1 have no recourse for its file encryption destruction.