Has Parler’s Entire Database Leaked Before Amazon Shut It Down?

According to a post on Reddit, it looks like the data of Parler was leaked, and all those who incited violence may risk having their identities exposed. 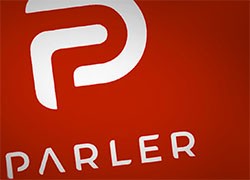 Shortly after the Parler social media app consecutively disappeared from Google Play, Apple’s App Store, and Amazon, it is now facing yet another debacle that may bring trouble to all the people who stormed the US Capitol last Wednesday. According to a Reddit post, the app may have suffered a security breach after Twilio, one of the app's hosting platforms mistakenly revealed Parler’s security authentications in a PR. Such an action supposedly allowed hackers to hijack many administrator-level accounts and set up just as many fake accounts, thus acquiring access to the entire Parler platform.

As a result, the intruders are now believed to have already siphoned off every user’s messages, videos, chats, geographical location, or official ID stored within Parler’s database. Raw footage of leaked video clips, along with all the underlying metadata, appears to have already started circulating across the Web.

The Parler data leak has become the object of harsh criticism among social media users, wondering whether such a scenario could unfold in any more popular platforms out there. Security researchers are blaming Parler’s generally weak security standards that have remained largely overlooked despite numerous warnings. The app would keep a log of all user posts, including deleted ones.

As we know all-too-well, other social media networks have faced their own data leak issues as Facebook did years ago. However, the Parler situation is quite unique in its own right.

The Parler security breach could potentially reveal the identity of every person who has joined the app and submitted an ID or a driver's license to acquire a "verified citizen" status. The same fate may await President Trump's supporters, who tried to lay siege to the US Capitol on Jan. 6, 2021, in an attempt to overturn the 2020 presidential election days before the official inauguration of President-elect Joe Biden. Some of them have already had to lose their jobs and damaged their reputation badly. However, an actual data dump à la WikiLeaks is anything but nearing completion due to the leaked Parler database's large volume.