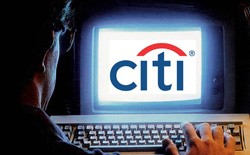 Citibank, one of the biggest 4 banks in the USA, discovered a data breach about a month ago that is said to have affected over 200,000 credit card customers.

Citibank has confirmed that customers' social security numbers, credit card expiration dates, card security codes (CCV number) and dates of birth were not compromised. Still, we believe that hackers have armed themselves with enough information to potentially conduct malicious actions against the victims. It is all-too common that we see cases where hacking events lead to spam and phishing campaigns that could later cause serious issues for those initially affected by a security breach.

After discovery of the breach, which what was thought to be security hole within one of Citibank's systems during the month of May, Citibank contacted police and tightened fraud procedures. They have now insured customers that they have taken proper precautions to prevent this from happening in the future.

No information has been released as to who the culprits may be in this hacking incident. Even though the hackers could not do much damage with the limited amount of information that was obtained, it still does not put some consumers at ease in knowing how vulnerable their data is stored on modern networks and servers that may be somewhat accessible via the Internet.

In just the past two weeks, we have witnessed two other hacking incidents, which one resulted in pertinent consumer data being stolen. It turns out that both previous occurrences were initiated from the same group of attackers who normally make public announcements of their actions. All of these recent events raise the question of whether or not we are on the verge of an outburst of hacking activities on a much larger scale. Despite the fact that banking institutions and networks that harbor a vast amount of important data have implemented enhanced procedures to prevent hacking attacks, these unfortunate incidents keep happening.

Do you trust your own bank with all of your personal information? What do you do to proactively keep yourself protected in the unfortunate event that your data is stolen in a data breach event?

Why weren't CitiBank customers notified that our banking information has been HACKED ?????

Read phone call voice mail from home phone stating that $1498 was charged to my citibank card account, which I don't have. This is fraud as I do not have a Citi card, nor does my husband, John Klepacki. What can I do about this? I did Not respond to call. No phone number available.

What are we supposed to do my account has been hacked all the money is gone and I'm overdrawn..Citibank need their asses kicked

I just received a call stating that I should reach out to Citi to review charges to my card. I tried to look online and if you go to the home page for citi, it's down/glitching like crazy, and the next URL down in the google results is Citi.ru. I clicked that link and it asks for your user name and PW and sort of looks like a proper login screen.

A few minutes later it looks like google has removed the .ru site from results. Very interesting attempt at getting user names and PWs!

My account was hacked a week ago I cant get any help over the phone some called and said they were from fraud department.anotger said they were closing my accounts.This is so ridiculous that no one notified me and no one is talking about it.my phone dials straight to the scammers who all disconnect the call after 30 min hold..smgdh

Notify your local police file and sign complaints APPEAR in court as requested / required , I did in Cook County the smart ass teen hacker wont get parole until well into 2042 at the earliest Kane and Lake counties in Illinois are very tough on hackers and all criminals in general !