Google May Pull Out of China After All 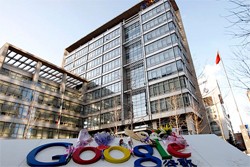 Would it be a smart move for Google to pull out of China due to the latest development with Google advertisers in China being advised to switch over to Baidu, Inc?

The intentions of the Chinese government have been the highlight of several topics ever since a targeted cyber attack on Google's Gmail accounts that originated from China back in December 2009. China's censorship laws would be a conflict with Google since they forbid access to internet sites that criticize the government, promote certain religious content, or display pornography. Baidu, China’s number one search engine (the "Google search of China"), already abides by these stringent censorship laws.

Google has threatened to leave China and shut down its strictly monitored site, Google.cn, due to citing censorship rules. The targeted cyber attack against Google did not help the issue and now it seems to have come to a head as media outlets are reporting that Google appears to be getting closer to shutting down the Chinese Google site entirely.

Any company that has a massive presence over the Internet will eventually face some type of security threat or scrutiny for their actions or behavior even if they are following the rules in a particular country. Google seems have had their fair share with China lately. CNN Money has an exclusive video report on the matter stating that a Google spokeswoman said that the company doesn't know the likelihood of reaching an agreement with the Chinese Government in running such a filtered site.

China has had quite an effort in attempting to control and filter internet content for their internet users. Lately, Chinese internet users have had to access Google.com unfiltered which would be a problem with Chinese officials. There have been reports of users no longer being able to access unfiltered sites probably from the actions of Chinese government. Still, malware and internet scams continue to be an issue concerning Chinese human rights activists.

What is your prediction? Will Google finally pull the plug on China? Will we continue to witness these debates over Google staying or leaving China for good?