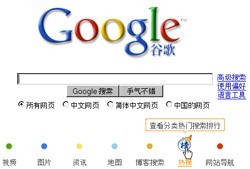 Google is welcome in China as long it obeys the law. This is the indirect response the Chinese government has given after the search engine giant threatened to pull out of the country due to a sophisticated cyberattack.

According to Google, the attack resulted in the theft of intellectual property. The search giant’s top lawyer says the company has evidence suggesting that the primary goal of the attack was accessing Gmail accounts of human rights activists. It has been reported that only two Gmail accounts were compromised in the hack.

Google has since blamed the security attacks for their decision to possibly stop censoring search results in China, and close down Google.cn altogether. The company has decided that unless China ends its self-censorship of the search engine, it will pull out of China. China is seen by many as being one of the world’s most important Internet markets, with around 350 million Internet users, which is more than any other country in the world.

Google has acknowledged that the move could have "potentially far reaching consequences," saying that the decision to rethink their operations in China was an "incredibly hard" one.

In 2006, Google agreed to adhere to certain controversial pre-requisites to operate in China. These included leaving out certain web pages from its search index. Swear words and sexual phrases are kept out of the search index. Google is also able to block entire websites that the Communist Party deems to be carrying offensive content (including the BBC), and other specific web addresses.

Speaking in Beijing at a ministry meeting, China's foreign ministry spokeswoman Jiang Yu claimed China believes in an "Open Internet" and that the country welcomes international Internet enterprises to conduct business in China according to the law.

"These attacks and the surveillance they have uncovered, combined with the attempts over the past year to further limit free speech on the Web, and have led us to conclude that we should review the feasibility of our business operations in China."

There has been no indication so far as to whether the Chinese government has been in talks with Google, but the search engine is keen to speak with Beijing’s authorities. The company hopes to look at operating an unfiltered search engine within the law in the country, though no changes to filtering have yet been made.

Just the other day China's Baidu.com search engine was attacked by the Iranian Cyber Army. Do you think these recent attacks and sparked controversy with Google and China will be the demise of China's use of Google in the future? What are your thoughts on these recent events?