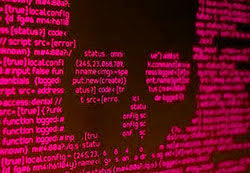 On occasion, we find ourselves up against a never-ending battle in life and all that life has to dish out on us. When it comes to hackers creating new forms of malware, they too are up against entities that naturally try to suppress their malicious actions. However, there are times where hackers are able to skate by the system and introduce new forms of malware that fly under the radar to attack a multitude of vulnerable computers. Such a time appears to be looming as security experts have discovered fileless malware, which is a new trend that computer security experts suspect to be prevalent in the near future.

Fileless malware is suspected to be a major issue for individuals as well as businesses as it appears to currently evade detection by anti-virus or anti-malware resources. Computer security experts are starting to notice more and more fileless malware threats in the wild, which many have been found to be part of highly complex attacks. Moreover, the high level of persistence through help from anti-forensic and propagation methods is starting to add to the concern from computer security experts that we could be dealing with a highly sophisticated type of malware.

What is Fileless Malware

FIleless malware is somewhat new to the game but has roots that date back a few years but has never been at the forefront of causing mass destruction. However, things could change in a hurry as fileless malware is a type of threat that only exists in the memory of a computer instead of being installed on the target system's hard drive. Fileless malware is commonly written to the RAM (Random Access Memory) of a computer where the code is then injected into running processes, which is where the malware could then act much like traditional threats but is able to easily elude intrusion prevention measures and anti-virus/anti-malware programs.

Many computer security experts and computer users believe that fileless malware could easily be avoided by rebooting an infected system considering the malware resides in RAM, which is a volatile memory source that can be wiped by shutting down a system. However, fileless malware has evolved to the point that it will rapidly perform its malicious actions to steal data or download other more persistent malware before the computer user notices any difference. Currently, popular ransomware threats are known to rapidly perform malicious actions where ones like Dharma and CrySiS Ransomware encrypt files upon infection only to leave duped computer users with a nearly useless infected computer.

The attacks in which fileless malware is currently involved in ranges from campaigns targeted against specific businesses to the traditional data theft actions of the past. In such attacks, the fileless malware has been exceptionally successful mostly due anti-virus and anti-malware solutions not having the proper tools to detect such a type of malware.

One would think that since businesses deploy specialized tools and methods to spot new malware types that fileless malware would be detected. Unfortunately, such a utopia doesn't exist yet, and fileless malware looks to have unadulterated access to propagate and attack as it pleases.

The attacks from fileless malware is suspected to be ten times more likely to succeed when compared to file-based malware campaigns. Such a conclusion has been made by most large IT security and anti-malware companies, such as Symantec, Trend Micro, Cybereason, and many more.

We agree on the analysis performed by many security companies that fileless malware must be treated very different than malware of the past. The effective methods for detecting and potentially blocking or removing fileless malware is handled through behavior detection, self-defense measures, and blocking the malware's delivery techniques. Fileless-based attacks could become more abundant as hackers discover how they can be used in ways to leverage current defenses as well as make use of artificial intelligence and the ability to zone-in on businesses more so than individuals. Though, currently, fileless malware looks to be the new threat to be concerned about as it could be used for a variety of malevolent reasons, not just your typical data theft activities and avoidance of anti-virus/anti-malware detection.