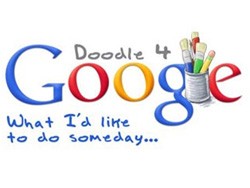 Bob Bowden, of the Huffington Post, who also directed the documentary on education-corruption, titled The Cartel, was the first to address this issue, and he provided his readers with the unsettling facts that:

"You see what Google know and many parents don't know is that a person's city of birth and year of birth can be used to make a statistical guess about the first five digits of his/her social security number… Then, if you can somehow obtain those last four digits explicitly- voila, you've unlocked a countless troves of personal information from someone who didn't even understand that such a disclosure was happening."

There is no evidence that Google intended to use the data for any kind of marketing purposes or had any malicious intent in requesting the last four digits of all applicants' SSNs. Google has since removed the requirement from the contest's applications, though children's birth cities are still required, and in response to questions from New York Magazine, Google released the following statement on Feb 22, 2011:

This year we started accepting doodles from kids even if their school hadn't registered for the contest. To help us keep entries distinct and remove duplicate entries from any particular student, we asked parents for limited information, including the last 4 digits of a student's social security number. We later updated our forms when we recognized that we could sufficiently separate legitimate contest entries while requesting less information. To be clear, these last four digits were not entered into our records and will be safely discarded.

The city of birth helps us identify whether contestants are eligible for the contest, as winners must either be U.S. citizens or permanent legal residents of the U.S. The information isn't used for any other purpose.

With this said, some school's website continue to post the original form, and no doubt, children's parent unknowingly continue to supply Google with their children's most personal information.

Within one day of the first press release, Google then provided the following 'follow-up clarification." According to the Google spokes person:

To be clear, all data concerning students that is collected by Doodle 4 Google is used only to administer the contest. We received this information on paper because parents who downloaded the original Parent Consent form had to print it, fill it out, and mail it to us. The last 4 digits of the social security number were not entered into our contest records, and as indicated, any forms containing this information will be safely discarded.

We have asked for city of birth all 4 years of the contest to date, as it helps us determine eligibility. For example, if the city is not in the U.S., we can flag it for possible future follow-up. The question also gives us a higher degree of confidence at this early stage that an actual parent or guardian is completing the form (it's easier to check 'Yes' than to know an actual city of birth). As indicated previously, this information is not used for any other purpose.

In his article, in the Huffington Post, Bob Bowden once again quite astutely responded, with the unsettling questions:

"...but doesn't "these last 4 digits were not entered into our records and will be safely discarded," sound like a contradiction? (How can they delete something that is not in their records?) Even taking just the first part, we're supposed to believe Google didn't enter demographic data that it had been supplied? Isn't this the same Google that promotes itself as the master of targeted marketing campaigns?"

"If they simply want to limit the contest to citizens and permanent legal residents, why not ask that question as a "yes/no"? Then, they could ask more specific questions of the winners, right? Instead, Google's wants every child's city of birth upfront? That's really necessary?"

Regardless of Google's clarifications, the entire debacle has left many with an unsettling, unsure feeling as to what Google could have been thinking.