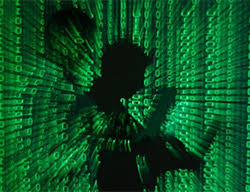 Terrorism is a major concern on the minds of people around the world especially in light of recent terror events that have claimed many lives and injured many others. For obvious reasons, the task of combatting terror in many regions of the world is a perpetual battle that no one seems to win. In the world of computer security and data, there appears to be a database containing 2.2 million suspected terrorist records floating around that were originally stolen by an unknown third party.

The data in question of being stolen is called World-Check, a collection of records compiled and maintained by Thomson Reuters, the company behind the famous Reuters news outlet. Thomson Reuters is renting the World-Check database out to governments and private businesses, some of the largest around the world. The database serves as a valuable tool for many businesses and governments in pinpointing potential terrorists to aid in future investments and prevent foreseen issues.

Surprisingly, of the countless individuals and receive the World-Check database of suspected terrorists, some of the receivers are presumed to support terrorism in some form. It's not to say that any governments support terrorism. However, there appears to be a leak somewhere along the lines that have landed the database in limbo where its records could be leaked in the future.

Theft of the World-Check database has raised eyebrows among many companies and governments. MacKeeper security researcher, Chris Vickery, was one to uncover the database being stolen in the first place by it coming into his possession recently. The database is said to contain 2.2 million records with many personal effects of high-risk individuals who we may consider to be outright terrorists.

While the World-Check database is used by over 300 governments and intelligence agencies around the world, it is not a 100% full-proof measure as to who is definitively deemed a terrorist or not. In fact, the BBC and Vice have criticized Thomas Reuters and its database for its inaccuracies where there may be mislabeling of individuals on the list. With such inaccuracies, a future release of the database, which Vickery is debating on releasing, could misconstrue information on many individuals who could be innocent civilians. Even worse, because Vickery is relying on a Reddit post to ask the public if the database should be released, there is a newfound appetite among curious people who wish to sift through the database and use it for good and bad.

Currently, Thomson Reuters is aware of their database being in the hands of someone who may later decide to leak the records. Fundamentally, the database remains to be public property where a certain liability or charges could be brought up against those who leak the information.

What people who are following the developments of the World-Check database theft have to realize, is that Thomson Reuters isn't alone in the collection of potential terrorist data and records. A future release of the database to leak it over the Internet may cause much more issues for everyone, not just Thompson Reuters and Vickery, but lives could hang in the balance after such a release. Moreover, actual terrorists could be tipped and take action to alter their identity, which could cause more issues for law enforcement agencies who are currently tracking such individuals. Sometimes leaking data isn't in the best interest of anyone, as it could in the case of a supposed terrorist's database.