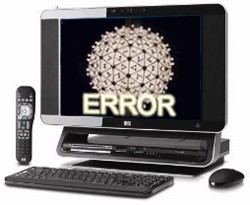 As the year draws to a close, cybercriminals are planning for the new year ahead. Computer security firms have outlined the threats they expect to see in 2010 as a result of cybercriminal activity that we have witness thus far in the year 2009.

IT companies were expecting a rise in global cyber epidemics in 2009 but the year was marked by sophisticated malicious programs with rootkit functionality.

Corporations and individuals struggled with the Conficker worm, Web attacks and Botnets all through the year of 2009. An increase in the cases of SMS fraud and attacks on social networks was also experienced.

Cybercriminals have changed their strategy for 2010 and will no longer only attack via websites and applications. They are now geared towards attacking computers through file-sharing networks. This concept is not entirely new as last year saw a series of mass malware epidemics supported by malicious files that were spread via torrent portals.

Cyberthieves were able to spread threats such as Rootkit.TDSS and Virut through new sophisticated methods. Unfortunately, for us and all of the users of vulnerable systems, there will be a significant increase in these types of incidents, especially on peer-to-peer (P2P) networks in 2010.

Experts also predict that there will be more competition in the cybercrime world, similar to the real business world.

In 2010, cybercriminals will continue competing for traffic and they are trying to make their businesses legal. Cybercrooks want to legalize the way they earn money online using the huge amount of traffic that can be generated by Botnets.

Partner programs will be popular in the future as Botnet owners will try to make profits from activities such as sending spam, performing denial-of-service (DoS) attacks or distributing malware without committing an explicit crime.

Google Wave has reasons to be worried next year as it will be a target for cyberattacks. In addition, users of both iPhone and Android cell phone platforms should be careful because the first malicious programs for these mobile platforms already appeared in 2009. An increase in mobile phone hacks is definitely on the cards, experts say.

The major cause of epidemics will be the detection of new vulnerabilities in both software developed by third parties and in Windows 7, Microsoft's new operating system.

What precautionary measures will you take this new year? Will you do anything different in 2010 than you did in 2009 when it comes to your computer security and online safety?