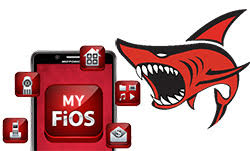 In what appears to be quite an amusing and ironic turn of events, the hacker group called "Crackas With an Attitude" (CWA), were able to hack the Verizon My FiOS account belonging to the Director of US National Intelligence, James Clapper.

CWA, despite their canny name, has been a thorn in the side of US government agencies, including the FBI and CIA. The CWA previously hacked into the FBI's Deputy Director Mark Giuliano's email account and the CIA director John Brennan's AOL email account.

Strangely enough, the CWA hacker group made an announcement after successfully attacking the CIA boss and FBI Deputy Director's email accounts that they would become inactive. While their dormancy may have been a valid claim at the time, CWA has apparently come out of their comatose state to hack the Director of US National Intelligence's Verizon My FiOS account.

By hacking the Verizon My FiOS account belonging to the US Spy Chief, the CWA group attempted to gain control of his personal email, internet settings, home telephone, and his wife's Yahoo account. The CWA group claimed that they had certain access to various accounts for four days until they were discovered and access was denied. In the past, CWA hacks were the repercussions for leading the personal details of over 2,400 government employees.

The current hack on the US Spy Chief's account may uncover a limited amount of personal information, such as a call log that the CWA group has already provided to reporters at Motherboard, a technologies news site. US government officials have also confirmed that data was accessed, which quite unfortunate considering the recent push for US government entities attempting to enact additional measures to safeguard information.

Looking into the matter in an attempt to figure out how the CWA hackers were able to compromise Clapper's Verizon My FiOS account, experts conclude that they utilized social engineering tricks just like CWA did in the hacking incident with the CIA boss.

The quest for law enforcement and government agencies to crack down on hacker groups who attack accounts for the purpose of leaking sensitive information continues to be an ongoing effort. In knowing how hacker groups are determined in their efforts with recent attacks, we suspect we will continue to bare the bad news of many entities being compromised spilling sensitive data.